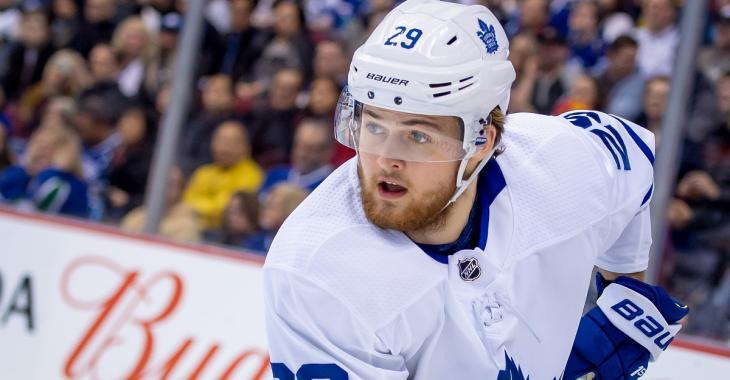 The Toronto Maple Leafs will face off against the Vancouver Canucks this evening and both teams have now revealed their official lineups.

For the Leafs it will be Auston Matthews on the top line flanked by Zach Hyman and Mitch Marner. The teams second line will feature John Tavares at center and he will be flanked by William Nylander and Wayne Simmonds, the third line will feature Alex Kerfoot in the middle with Jimmy Vesey and Ilya Mikheyev on his flanks, and rounding out the Leafs forward group will be Travis Boyd flanked by Nic Petan and Jason Spezza.

The Leafs pairings on defense will be Morgan Rielly and T.J. Brodie, Jake Muzzin and Justin Holl, and Mikko Lehtonen will be alongside Zach Bogosian.

Frederik Andersen gets the start in goal.

The Canucks will be returning to a top line featuring Elias Pettersson at center and J.T. Miller and Brock Boeser on the wing. Their second line will have Bo Horvat at center and Tanner Pearson and Loui Eriksson on the wing, the third line will be centered by Brandon Sutter and will see Nils Hodlander and Justin Bailey on the wing and finally Jay Beagle will center Antoine Roussel and Tyler Motte.

Defensive pairings for the Canucks will be Alex Edler and Jalen Chatfield, Quinn Hughes and Jordie Benn, Nate Schmidt and Tyler Myers.

In net for the Canucks tonight is Braden Holtby.