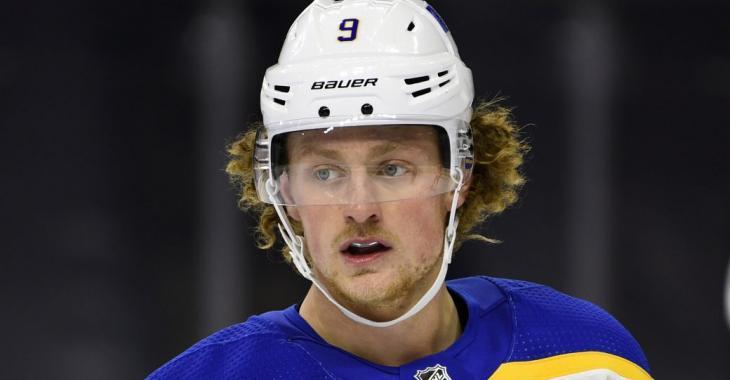 Things are moving on the Jack Eichel sweepstakes front, though this also means so previously interested clubs are taking a step back. Last week, insider Pierre LeBrun reported that some teams were stepping out of the Eichel sweepstakes, with the Calgary Flames and Anaheim Ducks remaining with strong interest.

Sportsnet’s Elliotte Friedman also revealed that day that the New York Rangers had some sort of strategy to appear disinterested while keeping a close look on the situation, seeing that GM Chris Drury was unsure if he could re-sign star Mika Zibanejad for the future.

But then, he did. On Sunday, the Blue Shirts and Zibanejad agreed to an eight-year contract worth $68 million. He will count $8.5 million against the salary cap beginning next season and through 2029-30.

You have to know what that means for the Rangers’ interest in Eichel as Friedman pointed out in his latest 32 Thoughts column on Sportsnet:

“Does re-signing Zibanejad take the Rangers out of acquiring Jack Eichel? It definitely takes them out of it if someone (Buffalo or a third party) isn’t willing to retain. New York can’t do it at $10M.”

As Friedman mentions, it would take a three-team trade to make this work and you have to doubt about that when it comes to the Rangers. For months they were rumoured to be after Eichel, but this could be the end of that chatter.

For other teams still in the mix, Friedman also reports that there is a willingness to make a move with the type of surgery Eichel is seeking. Eichel favors having artificial disk replacement surgery. The Sabres are against him having the procedure because it has never been performed on an NHL player. However, the Sabres’ way means that a patient could have three surgeries in 20 years. We can understand why Eichel wants to get it done his way.

Here’ the update on this by Friedman:

“Everyone’s being very careful about this, but word is that there are four or five teams indicating comfort with Eichel’s preferred disc replacement. There are legitimate attempts to find a solution, but it’s still a challenge. This is a hard deal to make if you’re giving up top picks/prospects, and have to wait through the surgery. The good news is that I think everyone realizes it is time to sort this out.”

It is indeed time to sort this out.