NHL News : Frederik Andersen opens up on his final season with the Leafs and moving on as a free agent 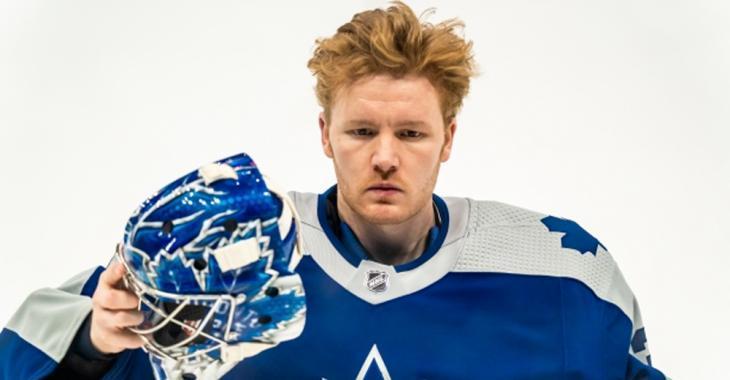 During an appearance yesterday on Toronto's Sportsnet 590 radio station former Toronto Maple Leafs netminder Frederik Andersen opened up for the first time since leaving the team and signing a deal in free agency with the Carolina Hurricanes.

The embattled goaltender expressed some dissatisfaction with the way his run went in Toronto and admitted that he was partially to blame for the team's post-season failures.

Check out Andersen's full comments from his segment on Leafs Hour with Benn Ennis and JD Bunkis:

I'm obviously not happy with what we accomplished in the playoffs. Everyone knows that we wanted more out of that, especially this year. We had a really good team. (Goaltenders) always get probably more of the credit than we deserve, same goes with the blame. That's just something that comes with the territory. I never really felt that it was too unfair, I had pretty high expectations for myself ... I think, in general, fans appreciated me. I definitely appreciated the time in Toronto as well. The way I dealt with things, playing through pain like that and injury, it wasn't the best idea long term, looking back. I definitely don't think I was making the right move in trying to keep playing.

Over those five years, I felt like I left it all out there for Toronto, and it just doesn't always go the way you're imagining it. That’s how sports are. Toronto never really became that serious to offering anything. I was just really grateful and happy that I was able to go to a good team like Carolina. A breath of fresh air would be good, so that's really what I look forward to instead of looking too far backward.

Andersen, of course, was never able to push the Leafs past the first round of the Stanley Cup Playoffs and ended up as a second string, sometimes third string goaltender due to injuries this past season. Once Jack Campbell established himself as a legitimate #1 goaltender, you just knew it was only a matter of time until Andersen was done in a Leafs jersey. It'll be interesting to see the reception he gets when he makes his Hurricanes debut in Toronto later in the season.

Joe Thornton ripped for looking “too slow” in the Swiss League.

Rumor: Eric Gelinas returning to the NHL after nearly 4 years away.

Sheldon Keefe provides an update on Frederik Andersen and Justin Holl's injury.
Subscibe to
Our NEWSLETTER
Receive the best articles of the web directly in your email