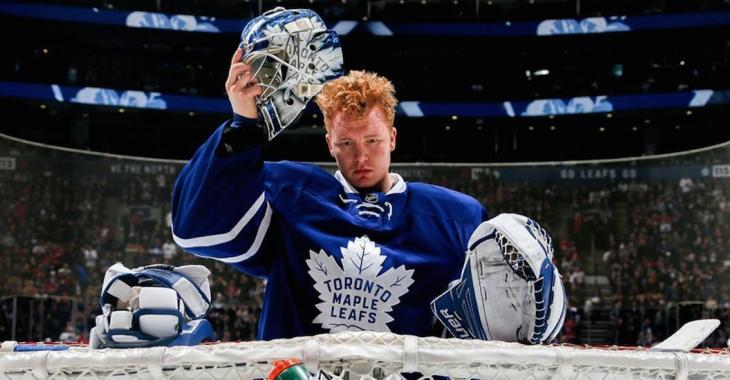 That is what goalie Frederik Andersen is saying on Wednesday as the free agent is reportedly signing with the Carolina Hurricanes.

The signing can be made official at noon today.

There were talks that the Maple Leafs might try to retain Andersen, who in the end, tested the free agency waters for a quick dip. The Maple Leafs never made him an offer by the way.

It wasn’t exactly a banner season for Andersen. The 31-year-old Dane played just 24 games this season due to injury and, frankly, was pretty unspectacular even when healthy. He finished the season with a 2.96 goals against average and .895 save percentage. By comparison Andersen’s back up Jack Campbell had a 2.15 goals against average and .921 save percentage in 22 games played. In other words, Campbell surpassed Andersen on the team’s depth chart… and pretty convincingly too.

That’s why he is staying in Toronto and Andersen knew it was best to test the market.

This was the first time, Andersen became an unrestricted free agent in his career. And he didn’t have to wait long.

Last week, TSN’s Darren Dreger had report that Andersen was seeking a slight raise on the $5 million annual salary he earned in Toronto. That’s despite the fact that his play was dropped off noticeably the past two seasons. The fact of the matter is that Andersen hasn’t been effective since the 2018-19 season, yet he has designs on getting paid like a top level starting goaltender.

The Hurricanes needs a goalie with their decision to trade Alex Nedeljkovic to the Detroit Red Wings in return for Jonathan Bernier, who did not re-sin in Carolina.

They needed a goalie and found it in Andersen.

On top of Andersen, the Hurricanes are also reportedly adding Antti Raanta to their roster, on a two-year contract at $2 million annually.