NHL News : Freddie Andersen hints at playing with another team next season

He might already know he won’t return to Toronto… 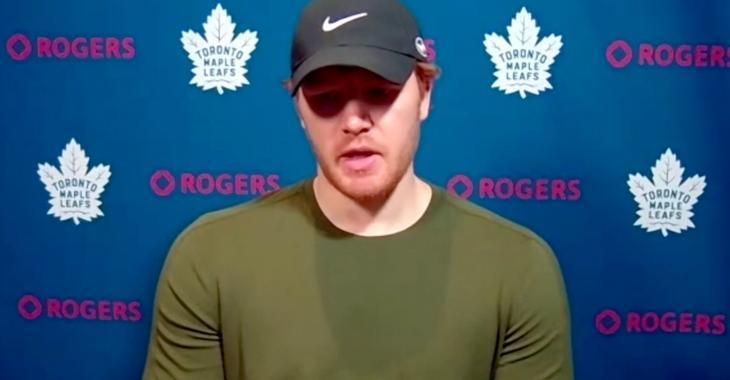 Fans in Toronto were devastated when star goalie Frederik Andersen got sidelined with a lower-body in mid-March. But then, Jack Campbell came out, ready to take on the challenge and has done tremendously well in the process.

Sure, Campbell did not get the Maple Leafs past the Montreal Canadiens in the first round of the series, but he surely put doubt in the minds of many that Andersen might not be needed back.

Prior to the postseason, insider James Mirtle for The Athletic stated Andersen “ isn’t coming back” to the Maple Leafs’ roster next season.

As Freddie met with media members on Wednesday for the end of the season press conference, he himself even hinted at the possibility of playing for another team next season.

“I want to talk to Kyle [Dubas] here and see where he’s at. I don’t want to look past that conversation at all. We have to see what makes sense for both parties. More than that, I don’t really know.

“I’ve had 5 years here. I’ve really enjoyed my time here. Overall, I’ll definitely look back on these 5 years with a lot of good memories. With regards to the future, I don’t know what’s in store yet. We’ll see.”

As the goalie was asked about his offseason training in Denmark, Andersen revealed what he wants to work on to be better for any team he will join, whenever it’s the Maple Leafs again or another team in the NHL.

Could he already get the sense that he would return to Toronto and that GM Kyle Dubas will be looking at some help in between the pipes for the near future?

Freddie got us wondering for sure.