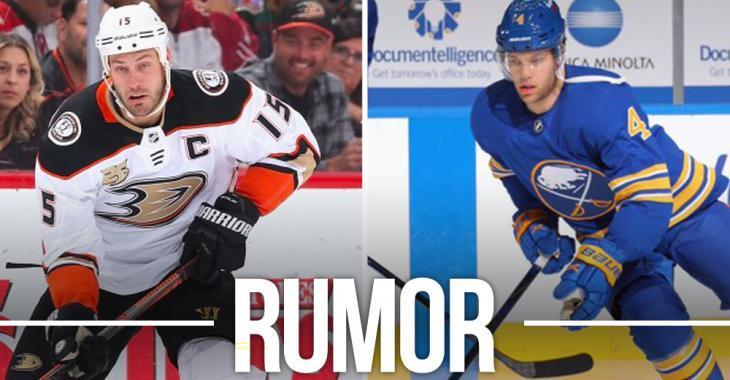 Despite the slow start and frustrations from both the player and the club, don't expect Taylor Hall and the Buffalo Sabres to give up on each other anytime soon. TSN insider Pierre LeBrun reports that Hall and the Sabres both have "mutual interest" in a contract extension next month.

"There is mutual interest between Taylor Hall, his camp, and the Buffalo Sabres to discuss an extension when the time is right. That really has been the intention from the Buffalo Sabres from the get go and that hasn't changed despite the team's slow start. And again, Darren Ferris, the agent for Hall is notorious for normally bringing his clients to UFA (unrestricted free agency) but in this case he also has interest in listening to the Sabres."

Interesting... I guess it all really comes down to the details of Hall's next contract. Is he really going to commit long-term to a team like the Sabres? At this point in his career? After all, this is a team that's on the verge of missing the Stanley Cup Playoffs for the 10th consecutive season. And if the Sabres continue to flounder do they really want to commit long-term to Hall themselves? It'll be interesting to see how this all plays out.

Meanwhile, LeBrun's TSN colleague Frank Seravalli reports that the Anaheim Ducks won't be shopping captain Ryan Getzlaf on the trade market. It makes sense when you think about it. At this point, what can Getzlaf get you on the trade market and how do you value that compared to all he brings to the team?

"Here's where things stand with the Ducks and Getzlaf: He means so much to their franchise and they believe he's done a really good job meshing with their younger players. So given all of that, their plan at this point is not to approach him about any potential trade. He would have to raise his hand, with that full no move clause that he has, and say, 'I'd like to go somewhere and chase another Cup at the deadline.' So until he does that and raises his hand... well I don't think he's ready for the Trade Bait board just yet."

So what you're trying to tell me guys is that two of the biggest potential trade chips are off the market? Should be a riveting trade deadline...