Take a look at what Pasta had to say. 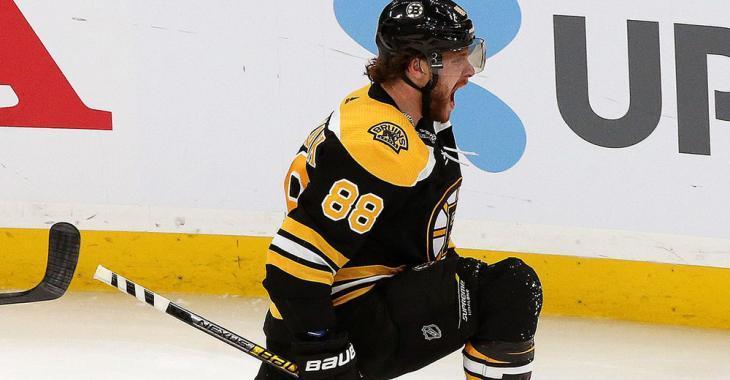 Boston Bruins forward David Pastrnak recently found out that he'd be representing his native Czech Republic in the upcoming Olympic Games in Beijing that will take place in February.

And while Pastrnak dreamed of playing in the National Hockey League as a youngster, he also envisioned suiting up for his home country in the Olympics. And needless to say, he was excited when he was informed that he was one of the first three players named to the Czech Team.

A very happy message yesterday," Pastrnak said earlier today. "Obviously a childhood dream to play in the Olympics for your country. It was very touching. I'm honored...I'll always love to represent my home country. I feel very humbled."

A veteran of 438 career NHL games since being drafted with the 25th overall selection in the 2014 Draft by Boston, he's carved out a reputation as one of hockey's top goal scorers. He's already hit the 200 mark, having accomplished the feat last season.

VIDEO: Jim Hughson calls Auston Matthew's OT winner vs. Blue Jackets
Subscibe to
Our NEWSLETTER
Receive the best articles of the web directly in your email