Another longtime Predator on the way out of town? 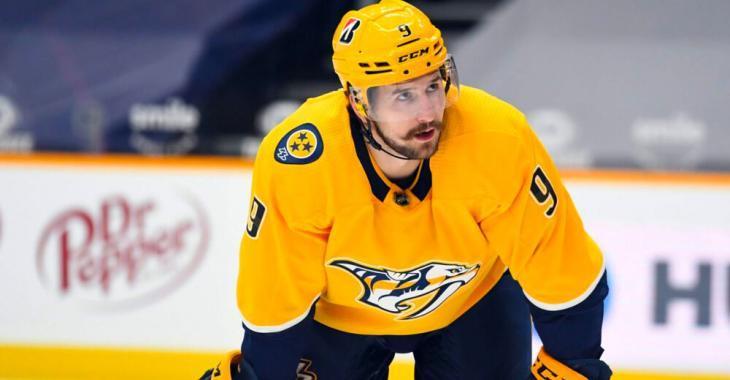 After the departure of longtime Nashville Predators Pekka Rinne, Ryan Ellis, Viktor Arvidsson and Calle Jarnkrok this past offseason, it looks like the team may be saying goodbye to another long-serving player next offseason. Swedish sniper Filip Forsberg is a pending unrestricted free agent and it doesn't sound like he's in any immediate need to re-up with the only NHL team he's ever played for.

The 27 year old Forsberg is in the final year of a six year, $36 million deal that pays him a $6 million annual salary and will likely be looking for a slight raise on the open market. He's a two time 30+ goal scorer and he has never scored fewer than 20 goals in an NHL season during his career save for last season. In just 39 games with the Preds last season, Forsberg put up 12 goals and 32 points. Again, at just 27 years old there's also reason to believe that he's got at least 3-5 more seasons of stellar production ahead of him.

When asked about re-signing with the Preds mid-season, Forsberg made it pretty clear that that's not a priority for him. In fact, Forsberg intends to play out his contract before even thinking of his next step.

If I'm a Preds fan, that makes me very, very, VERY nervous.

Next to captain Roman Josi, Forsberg is probably the player most associated with this franchise and he's been the team's offensive leader for much of his career. With him out of the lineup, the Preds will have a top six next season that consists mostly of Matt Duchene, Ryan Johansen and Mikael Granlund. Sure, youngsters Cody Glass and Eeli Tolvanen are intriguing players, but no one is expecting either of them to surpass Forsberg anytime soon in terms of point production. Thoughts, Preds fans?

Stars lose Bishop and Radulov for the season