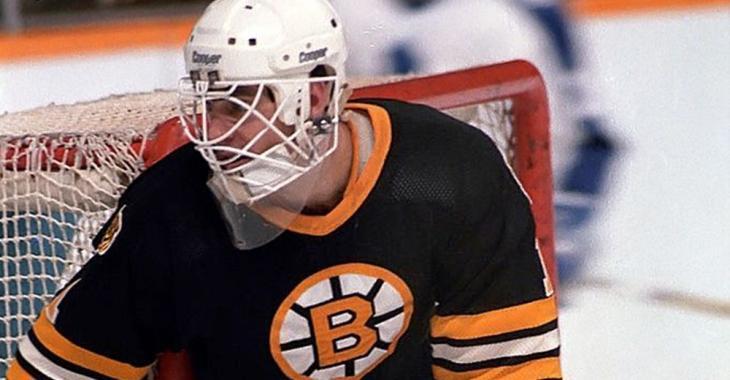 Former Boston Bruins goaltender Pete Peeters is forever in the hockey record books as the 1983 recipient of the Vezina Trophy, awarded to the top goaltender in the National Hockey League.

And now, he's in the record books once again. This time, the feat took place in the water, not on the ice - catching the biggest sturgeon in modern history.

Earlier this month had Peeters and a group of friends out on the Fraser River, north of Chilliwack, when the group snagged something special: A sturgeon bigger than anything that’s been measured in modern history.

The fish’s fork-length was a B.C. record: 352 cm (or 11 feet, six inches). Its girth was 141 cm (55 inches) and was estimated to weigh 890 pounds. Other recent claims to similar sizes have been dismissed upon further review, Estrada said.

“I couldn’t fathom how big these fish were,” Peeters said from his home in Alberta. “Even when the fish came up, it was hard to believe.

“Very rarely do you see something that is this big, over 11 feet,” Estrada told Postmedia. “Something this big could take well over 100 years to get to this size. It’s a lifetime moment. It’s hard to put into words.”

It took about 25 minutes for the group to reel in the sturgeon. Sturgeon bigger than 150 cm (just under five feet) don’t get lifted out of the water, but anglers are allowed to hold and pose with the fish in the water.

“It wasn’t slimy like the trout we have out here … it felt like a damp snake,” Peeters said.

“We were actually in some clear water so we got to see the whole fish,” he said. “You don’t often get to see them in their full glory … it was magnificent to see."

After his playing career, Peeters served as goaltending coach for a handful of NHL teams, with his most recent stop being with the Anaheim Ducks.

Jets fan triggers fans in Toronto by arguing Laine is better than Matthews.
Subscibe to
Our NEWSLETTER
Receive the best articles of the web directly in your email