NHL News : Former teammate Plekanec comments on Carey Price's decision to step away from the NHL

Another one of Price's close friends shares his thoughts on today's stunning news. 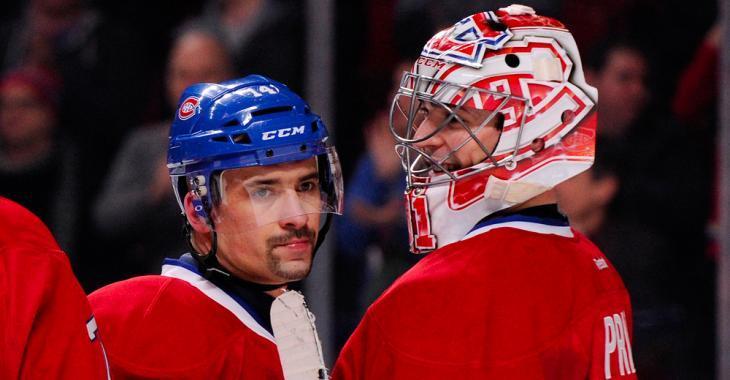 Price himself has not yet spoken to the media but Habs GM Marc Bergevin conducted an emotional press conference where he fought back tears and shared what he could about the situation.

In the hours since Price's announcement we've seen several people close to him come forward and offer either their explanation of the situation, or just offer sympathy to their friend. Former Canadiens goaltending coach Stephane Waite set the record straight saying that Price's decision to step away from the NHL has "nothing to do with alcohol, nothing to do with drugs, nothing to do with pills and nothing to do with gambling." GM Marc Bergevin gave his full support to Price and said that he expects that he believes there are "better days ahead for Carey and his family."

Whatever the case is with Price, all we can do is offer him our support in a difficult time. Get well, brother.

Edler finally pays for hit on Hyman, gets lit up by Simmonds

NHL announces changes to schedule: 36 games and 15 teams affected!
Subscibe to
Our NEWSLETTER
Receive the best articles of the web directly in your email