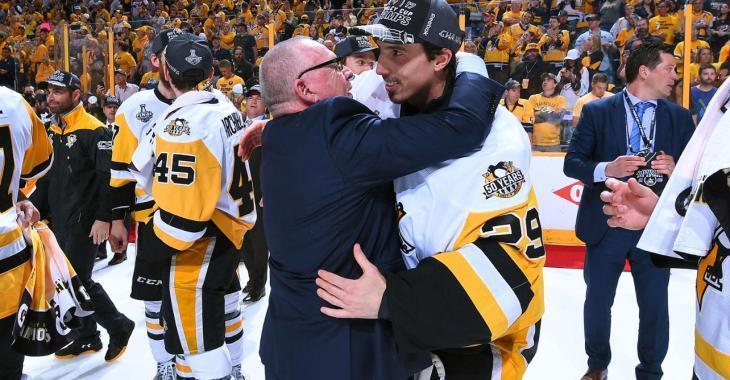 It came as a shock earlier this season when general manager Jim Rutherford left the Pittsburgh Penguins for personal reasons. This forced the hands of Mario Lemieux and the rest of the team to hire Rob Hextall as the new GM with Brian Burke as president of hockey operations, prompting rumours on which players could be traded.

On Tuesday, Rutherford offered an interview to Josh Yohe of The Athletic and revealed the heartbreaking story behind goalie Marc-Andre Fleury’s trade to the Vegas Golden Knights back in 2017.

“I don’t mean this as disrespectful toward anyone that I traded over the years because I never liked trading anyone, especially people who helped us win Cups,” he said. “But agreeing to send Marc-Andre Fleury to Las Vegas was the hardest thing I ever had to do as a manager. For so many years, it was always Crosby, Malkin, Letang and Fleury. Those four. They were the guys and they’ll always be the guys. They never should have been broken up, and I knew that. But the circumstances were what they were. I just couldn’t break up any more of that core. I wouldn’t have done it.”

This came when Fleury and Matt Murray split time during the 2016-17 season, and it became clear that the Penguins would protect the latter ahead of the expansion draft. But Rutherford was heartbroken over the move and struggled with it:

“I had a real personal attachment with him,” Rutherford said. “My relationship with Marc-Andre was special. For one, I liked him. Who wouldn’t? For another, he was unbelievable with my son (James). And still is to this day. His first game back in Pittsburgh, we beat them pretty badly. I told my son that he wasn’t allowed to go see him because he had lost. So, after the game, I’m in my office with my wife (Leslie) and my son. And someone comes up to the office and says Fleury wants to see my son. He took James down to their locker room. Marc didn’t just see him. He spent 15 minutes with him. That’s the kind of man he is. Trading him was the hardest thing.”

He even revealed how Flower, who didn’t want to be traded but knew it would come to this, asked to be moved to Vegas. This is so sad, on both parts.

“We’d sit in my office. He understood the situation and he never really wanted to leave. But he looked at me one day and said, ‘If I have to go anywhere, can you please try to get me to Vegas?’ So I did everything I could to get him there.”

The former GM also revealed how he attempted to get Fleury back in Pittsburgh, by buying out Jack Johnson to make room for Fleury’s cap, but failed to convinced the Golden Knights to let him go.

“I did what I never do and will never do again if I work again,” Rutherford said. “I called a general manager (Kelly McCrimmon) during their playoff series (against Dallas). I said, ‘If you’re moving Marc, you make sure you call me. I want him.’”

“I was serious. Very serious. Very willing to give a lot to get him, too. What I think is a lot and what the other team thinks is a lot may be two different things. I wasn’t looking at it as them giving him away. I was certainly willing to pay the price to get him back. I tried.”