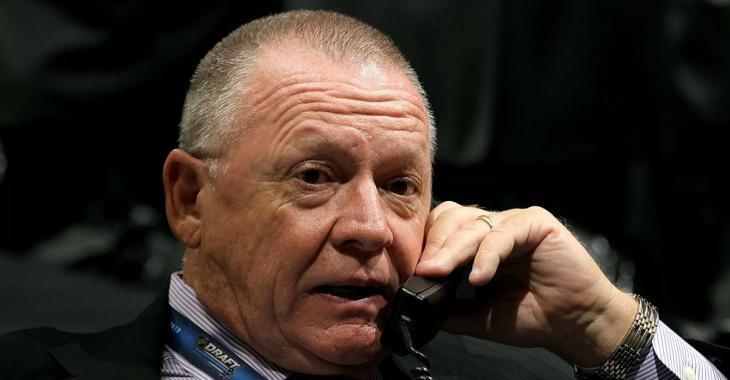 The Pittsburgh Penguins were left stunned this season when, towards the end of the month of January, Penguins general manager Jim Rutherford made the decision to leave the team after nearly two decades with the franchise. It was an entirely unexpected move that appeared to catch many within the organization off guard, although you would be hard pressed to argue that the Penguins have not done a great job of moving on from Rutherford's departure.

In fact I would suspect that most Penguins fans believe the move was a fine one given that their team bounced back in a major way in the second half of the regular season, eventually climbing all the way to first place in the National Hockey League's East Division and remaining there as they head into the Stanley Cup Playoffs.

Regardless of how you may view Rutherford however, it is clear that he is still an extremely well respected figure around the NHL and it may very well be that he will soon be at the helm of another NHL team once again. A recent report from controversial Toronto columnist Steve Simmons has revealed that Rutherford is once again drawing interest from teams around the league, with Simmons even going so far as to link him to one franchise in particular.

Hall of Famer Jimmy Rutherford is in demand and a number of NHL teams have asked about his availability. The team that needs leadership help more than any other: The forever-confused Buffalo Sabres.

Although the Sabres currently have a general manager in place, with rookie GM Kevyn Adams currently at the helm of that franchise, it has become clear in recent weeks that there are major problems within that organization. Most notably superstar forward Jack Eichel recently expressed that he was seriously unhappy with the way the Sabres had treated him, and even hinted at the fact that the Sabres had blocked him from having surgery to treat an injury.

I would not be at all surprised to learn that the Sabres were seeking a veteran leader to help right what currently looks like a sinking ship in Buffalo, and there is perhaps no man more experienced available at the moment than Rutherford himself. Whether or not he would be willing to take on that role given the current state of the Sabres however remains to be seen.

Penguins provide update on Crosby and Malkin, both out long term
Subscibe to
Our NEWSLETTER
Receive the best articles of the web directly in your email