If every team had a guy like John Scott on the roster, this wouldn't be an issue. 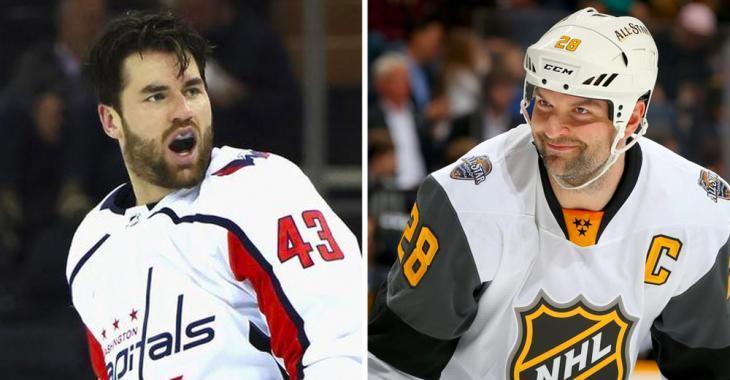 Former NHL tough guy John Scott weighed in on the whole "Tom Wilson situation" that played out at Madison Square Garden last night and it's fair to say that Scott isn't a fan of Wilson's antics any longer.

In case you missed exactly what transpired last night, here's a quick recap:

Wilson drove New York Rangers forward Pavel Buchnevich's head into the ice after the whistle and delivered a couple rabbit punches to the back of his head for good measure.

When Rangers superstar Artemi Panarin tried to step in to help his teammate he got absolutely body slammed to the ice by Wilson. Panarin is now out for the balance of the regular season.

Fans across the NHL were up in arms yesterday and today, with many saying that Wilson deserves to be suspended for the balance of the season and the entirety of the Stanley Cup Playoffs. Unfortunately... I have bad news for those fans. Wilson gets dinged with a $5,000 fine... no more.

Reaction to that Wilson's fine has been absolutely nuclear... to be honest. Do yourself a favour and stay away from the Twitter and Facebook comments from NHL Player Safety unless you want to see some truly unhinged people.

But former NHL tough guy John Scott broke things down in a very interesting way, especially given his history in the league. The 6'8", 265 pound Scott was obviously one of the toughest enforcers to play the game during his era and he states that the kind of antics that we saw from Wilson last night are just the beginning of things thanks to today's ruling. Scott called Wilson's actions "gutless" and said that he crossed a line and thanks to the NHL's ruling today everything is "fair game" from now on.

"It's fair game baby, in any scrum. It's honestly fair game. If you go into a scrum... you see a star player, I'm throwing sucker punches. I'm grabbing this guy and I'm twisting ankles. I'm doing whatever I can because the worst thing that's going to happen to me is a $5000 fine."

You think this ends here with a measly $5000 fine? Not a chance. Things are going to get ugly until teams realize that they can't rely on NHL Player Safety to police the game. In years past each team would have at least one guy, if not two or three, who would have absolutely dusted Wilson for pulling this kind of nonsense. Better yet, Wilson likely wouldn't have done anything remotely like this if he knew he had to atone for it later in the game. The honour is gone, pure and simple. It's time to bring it back and play the game the way it's meant to be played.