Make time for this story today. 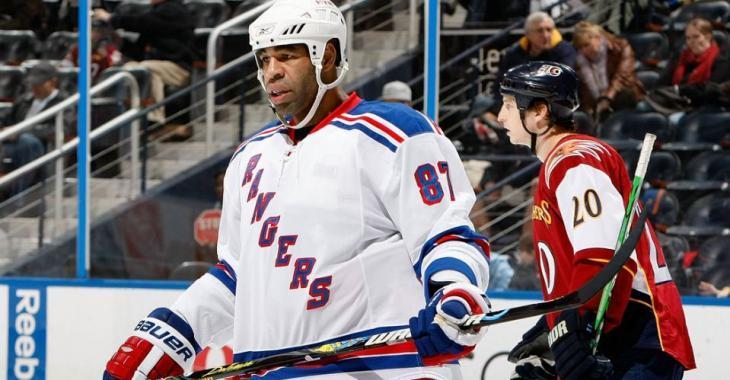 Donald Brashear, a former millionaire player in the National Hockey League, started trending in 2019 when he was seen working in a Tim Hortons outlet in Quebec City and serving coffee to customers.

While he was born in the United States, Brashear grew up in Val-Bélair near Quebec City. He played more than 1,000 games for five NHL teams between 1993 and 2009, most notably the Montreal Canadiens. He scored 85 goals over the course of his career but fans will always remember him for his talents as a fighter in the league.

Brashear might have made millions of dollars in the NHL, but after his retirement in 2010, he found himself entangled in legal and financial problems. And then he fell into drugs and it all went downhill from there.

It got scary, so much that close friends like former NHLer Simon Gagné felt it was necessary to save his friend.

The story is told by Dan Robson of The Athletic and it is simply inspiring and will get you to understand better what happened to Brasher once his NHL career was over. Here is an excerpt of the story :

“Brashear took several beers from the near-empty fridge and sat at the table. He took out the packets of cocaine from the hidden pocket in his jeans. He looked at the bare walls around him, which always seemed to be closing in, suffocating him.
He laid out lines and inhaled the powder until the walls moved back and he could breathe again.
Several hours later, Brashear heard pounding at the front door. He looked through the peephole and saw the officers waiting. He brushed off the table and stuffed his last packet of cocaine in his pocket and bolted out the patio door.
Officers were waiting there, too.”

The story gets better and better, as did Brasher’s life once he attended counselling and made great choices to get back on track.

“He visits his therapist often, working through the pain that he’s carried with him since childhood — along with the regret of everything he wasn’t given.
He ponders a question about those pieces of that past. Can he see a hopeful future, despite those painful memories? Can the loathing, the rage, the loneliness be replaced by something positive?
He’s been learning to quiet a voice inside, he says — the one that was set within him when he was young. An adult voice, telling him he can’t be anything more than he is.”

This is a story worth your time today. Check it out, by clicking on this link.

Tonight's game between the Oilers and Habs has been cancelled.

Report: Leafs continue to make cuts, assign two players to AHL
Subscibe to
Our NEWSLETTER
Receive the best articles of the web directly in your email