NHL News : Former Blue Jackets reveal why nobody wants to play in Columbus. 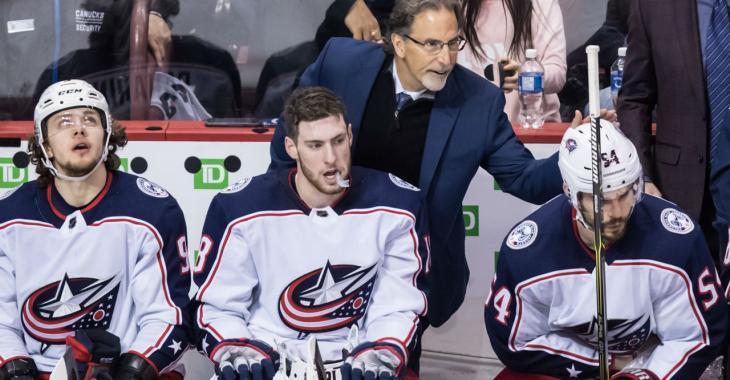 After hitting what was no doubt a high point in the organization's history when they swept the Tampa Bay Lightning in the first round of the Stanley Cup Playoffs, things have appeared to slowly fall apart for the Columbus Blue Jackets. Several of their key free agents walked away following that playoff run and then this season forward Pierre Luc Dubois, arguably the organization's top star at the time, demanded a trade and effectively strong armed his way off the team.

In an effort to find out why "No one wants to play in Columbus," Blue Jackets insider Aaron Portzline reached out to players that had been with the organization under its current leadership, head coach John Tortorella and general manager Jarmo Kekalainen, to ask them to share their opinions on the matter. The players, speaking under the condition of anonymity, actually gave some very interesting answers to that question including some you would absolutely expect, and others that may surprise you.

One player flat out admitted that the team was simply unwilling to pay market value to retain him, this when there were several other teams in the league that he knew would give him the money he was looking for.

"They expected me to give up a ton of money to play there, like they were the only team in the league," said one player as per Portzline. "When you’re a (restricted free agent) they play hard, hard, hardball, which is unfortunate, because then as soon as a guy gets a chance to get out there, he’s like 'Fuck this, I’m gone.'"

Of course there has been a perception for a long time now that head coach John Tortorella is one of the problems for players in that market, and although two of the three players who responded to Portzline felt that the head coach wasn't too much of an issue, one did admit that he would fire him if he had the power to do so.

"I would say fire the coach, for sure, and I love Torts," admitted the player under the condition of anonymity. "I wish I would have had Torts at Dubois’ age, to learn how to be a pro the right way — how to work, how to play, how to focus. I’d love to have him as a coach when I was 20 years old. But I think he’s probably worn out his welcome, and guys have tuned him out."

Perhaps the response that would most apply to the Dubois situation, although that us pure speculation on my part, was one players comments on how the team's restricted free agents are treated by management. One player flat out implied that the team's tough negotiating style could build resentment that would lead to players looking for a way out as quickly as possible.

"I get why they’re so hard on their RFAs," said another player. "You have to keep your numbers down when you can. But also, the way that generation is, you have to make them feel like you really like them and value them, and I don’t think they really do that."

It seems as though the reality for Columbus is that they have a number of issues that keep players away and it is likely a combination of those factors that have led to the current perception of the team, rather than one glaring issue that stands out above the rest.

Jason Robertson scores possibly the most ridiculous shootout goal of all time.

Gerard Gallant is back in the NHL, finally agrees to terms
Subscibe to
Our NEWSLETTER
Receive the best articles of the web directly in your email