Thoughts and prayers to the 59 year old and his family. You got this, Troy. 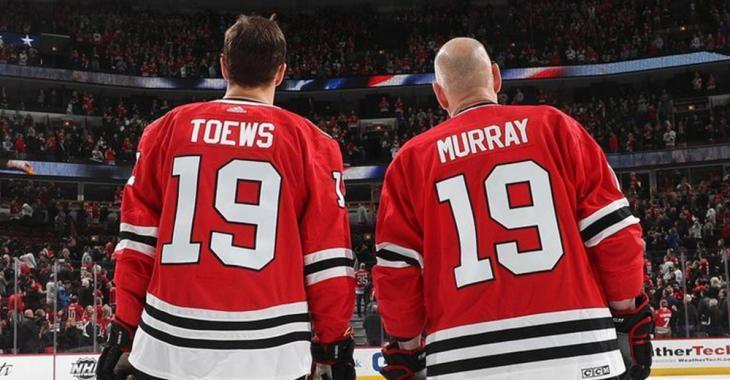 Murray made an official statement via the Blackhawks' official website yesterday:

"I want to let everyone know of the challenge that I'm currently facing. I have been diagnosed with cancer. With the love and support of my family, friends, the Wirtz family, the Chicago Blackhawks organization and WGN radio I'm confident that together, we will beat this. I look forward to being in the booth calling Blackhawk games in front of the most passionate and energetic fans in all of hockey. My family and I appreciate privacy during this time as we fight this challenge."

The 59 year old plans to continue calling games for the Blackhawks this upcoming season as he fights this terrible disease.

"Troy Murray has the full support of the Chicago Blackhawks organization as he begins his treatments. He was a tough player on the ice and is as passionate as they come in the broadcast booth. We know he will fight cancer with the same vigor that has endeared himself to so many. The entire Blackhawks family will be right beside Troy, offering whatever support and care that he, his wife, Konnie, and his children, Blake, Julia and Phoebe need, every step of the way. At this time, we ask to respect the privacy of Troy and his family and to keep them all in our thoughts."

Joe Thornton provides an update on Joe Thornton.
Subscibe to
Our NEWSLETTER
Receive the best articles of the web directly in your email