Warning: This story contains graphic content and language that may be upsetting to some readers. 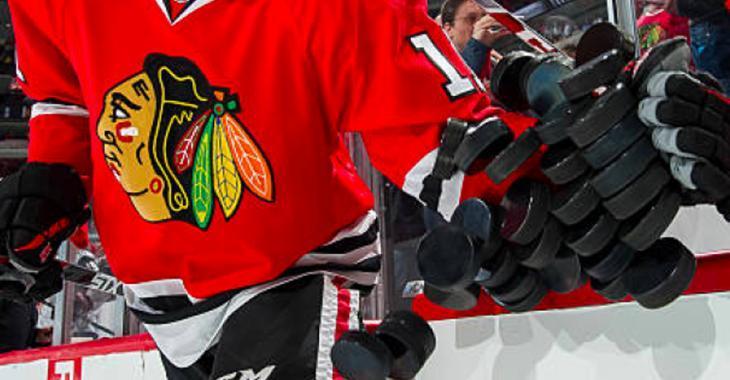 The Chicago Blackhawks organization has been absolutely rocked by scandal in recent weeks after it was uncovered that the team hid allegations of sexual assault for over a decade.

The allegations came to light last month after a former player filed a lawsuit in Chicago against the franchise. That unnamed player alleges that he reported the abuse to the team and that he was essentially ignored. The player alleges that then team video coach Brad Aldrich had allegedly sexually assaulted him and then threatened him via text messages and other communications against making a complaint.

A second former player alleges that he was also sexual assaulted by Aldrich and he also accuses the Blackhawks of covering up the abuse of two players and then granting Aldrich a letter of reference when he left the team quietly in the summer of 2010. That letter gave him the opportunity to go on and find other victims, the lawsuit alleges.

Aldrich would go on to be convicted of abusing a 17 year old hockey player in 2013 after resigning from his position as director of hockey operations at Miami University on Nov. 27, 2012, “under suspicion of unwanted touching of a male adult."

Needless to say, these do not sound like hollow allegations and the NHL is treating this very seriously. An independent investigation from Chicago law firm Jenner & Block is currently underway and former skills coach Paul Vincent met with investigator Reid Schar earlier this week to share the details of the alleged abuse.

Now, TSN's Rick Westhead has done excellent reporting in making the investigations public, even if it's difficult to read.

During an Aug. 7 interview via Zoom with three lawyers from Jenner & Block – the Chicago law firm hired in June by the Blackhawks to scrutinize claims that team management covered up the alleged sexual abuse of two players – Vincent said he first learned of the allegations from Chicago defenceman Nick Boynton in May 2010 when the team was in San Jose during the Stanley Cup Western Conference final.

Vincent also said during the Aug. 7 interview that some coaches had other concerns about Aldrich’s behaviour during the 2009-10 season. Vincent said that Aldrich brought interns to the players’ locker room after games to drink alcohol.

“Some of [the interns] looked younger, looked like minors and he was having drinks with them,” Vincent told the investigators.

Vincent said a Blackhawks coach whom Vincent did not identify spoke to Aldrich and told him that what he was doing was not appropriate.

Aldrich routinely had a 14-year-old boy stay weekends at his apartment, Vincent said, adding that he understood the boy’s family was close to Aldrich. “Family friend, that’s what I was told,” Vincent told Schar, adding that the boy has developed into “a pretty successful hockey player… moved along and became an NHL player.”

Vincent declined to tell Schar the name of that player.

Honestly... this makes my blood boil and my stomach turn. The entire Blackhawks organization needs to be turned upside down and those at fault for this horrific cover up need to be brought to justice.