“I’m sick of this wall of silence,” says Boynton after blowing this story wide open. 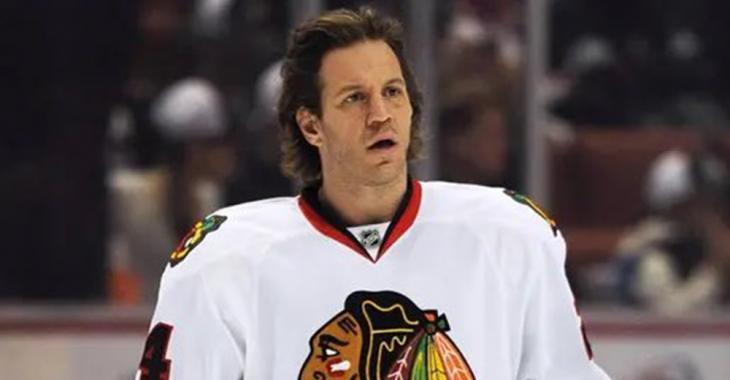 Former Chicago Blackhawks defenseman Nick Boynton met with investigators for a 45 minute Zoom deposition earlier this week in an effort to break the "wall of silence" surrounding the team and the ongoing sexual abuse scandal that has rocked the NHL.

TSN's Rick Westhead has been on the forefront of this story every since news broke earlier this offseason former video coach Brad Aldrich had been accused of sexual misconduct involving two of the team's players in the 2009-10 season. Aldrich was relieved of his job at the conclusion of the season, but there are allegations that the team, including management, coaches and players, knew about Aldrich's crimes but chose to keep things quiet. Now, Boynton is calling out several of his former teammates, essentially calling them liars if they claim the knew nothing.

Some quotes from Boynton taken from Westhead's latest column for TSN:

“They asked me who knew and I gave them names, basically everybody on the team,” Boynton told TSN in an interview on Wednesday. “I said everybody f---ing knew about it. I said you can talk to the coaches. …I said talk to Torch [former assistant coach John Torchetti]. I called out Brian Campbell, and said talk to Patrick Sharp and talk to Kaner [Patrick Kane]. …The training staff knew. I’m sick of this wall of silence.”

Boynton claims he was told about Aldrich from Blackhawks rookie Jake Dowell and went to management demanding that Aldrich be fired. But Dowell disputes Boynton's claims somewhat.

“It’s foggy to me,” Dowell said in an interview. “I remember after Brad was let go after 2010 we started to hear some rumblings, but I don’t know how much truth there was to it.”

“For younger players trying to make it in the NHL, [Aldrich] was a good resource,” Dowell said. “He’d tell us what the game plan was and who was doing well. He’d watch the video, get intel for us about where we stand with the coaches. That’s how I remember him. For me, it was talking about where I stand and if I’ll ever get a sniff in the NHL. He was a coach and I was a player.”

“It sounds like they are going to do the best job they can do,” Boynton said. “I got a good feeling from them and I like to hope they do what they’re supposed to.”

Rumor: Nazem Kadri's “stupid and goonish” behavior may have worn out his welcome in Colorado.
Subscibe to
Our NEWSLETTER
Receive the best articles of the web directly in your email