A new contract for the Flyers goaltender. 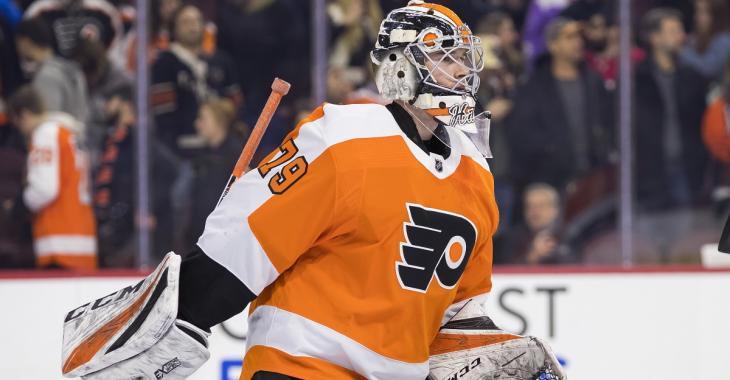 The Philadelphia Flyers have just completed work on a very important contract for the future of their organization, and honestly I'm genuinely interested in hearing what the Flyers faithful will have to say about this new deal.

Credit where it's due, on Monday morning National Hockey League insider Frank Seravalli revealed that his sources had informed him that the Flyers were closing in on a 3 year deal with the young netminder, a rumor that has now since been confirmed. Piggy backing off the initial report from Seravalli, NHL insider Elliotte Friedman also reported that his sources had informed him that the deal would come in at somewhere around the $4 million mark in terms of average annual value, and his sources were good on this one because that number turned out to be pretty darn close.

The Flyers have since officially confirmed that Hart has been signed for the next 3 years and although Hart won't be hitting the plateau of $4 million, he will come in at just under that number with an average annual value and cap hit of $3.979 million per season. It's a big commitment to a young goaltender and it comes off what was no doubt the worst season of Hart's young NHL career.

Although it has been widely acknowledged that Hart received extremely poor defensive coverage from the Flyers defense during the 2020 - 20220 regular season, his numbers last year were abysmal. Over 27 games with the Flyers Hart recorded a 3.67 goals against average and an .877 save percentage, far and away the lowest totals of his NHL career. If for some reason Hart is unable to regain the form he showed in the two seasons that preceded it, this contract could end up looking like an overpay on the part of the Flyers.

That being said I suspect that Hart will have something of a bounce back and hopefully an improved Flyers defense will help him in that regard come this season. Having the man they have positioned to be their franchise goaltender locked in for the next several seasons was an important part of general manager Chuck Fletcher's offseason, and now the deal is done.

Tyler Bertuzzi will forfeit $450,000 by choosing to not get vaccinated