Reports that the former 2nd overall pick is seeking a change of scenery. 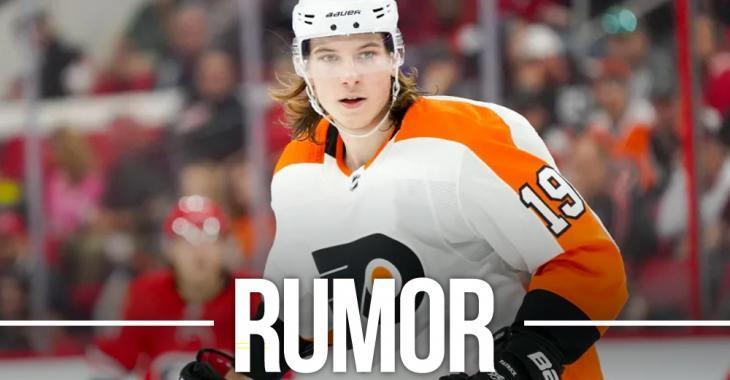 According to a report from Philadelphia Flyers insider Anthony SanFilippo, former 2nd overall pick Nolan Patrick's time in Philly might be coming to a close. SanFilippo claims that Patrick has changed agents in an effort to put more pressure on Flyers management this offseason and force a trade.

“I don’t think Nolan Patrick wants to be here.”

This really shouldn't come as a surprise to most Flyers fans as the relationship between Patrick and the Flyers has been strained since the beginning. Since being drafted 2nd overall in 2017 by former Flyers GM Ron Hextall, Patrick has struggled with injuries and inconsistencies. The 22 year old center finished the season with just four goals and nine points in 52 games. Of course, he missed the entire 2019-20 campaign due to a severe migraine disorder. He seems to have that under control now, but there's reason to be cautious of Patrick if you're an NHL GM looking to acquire him.

The fact of the matter is that Patrick has failed to put together a full NHL campaign and has struggled with some pretty serious injuries. We're not talking groin tweaks or bumps and bruises here... at just 22 years old he's already undergone shoulder surgery, has had concussion issues and obviously his much publicized migraine issue. I don't want to call him damaged goods, but he's clearly not the rugged power forward that the Flyers were banking on when they chose him 2nd overall behind New Jersey Devils star Nico Hischier.

A change of scenery could make all the different in the world for Patrick, if only because he'll get the play under a new coach. Flyers head coach Alain Vigneault was hesitant to use Patrick in an offensive role this past season and bounced him around from center to the wing quite often. Unfortunately whenever Patrick was put into an offensive role, he could never quite find his rhythm and as a result he ended up with an underwhelming campaign. It'll be interesting to see how the offseason plays out for both him and the Flyers.

MacKenzie responds after being stripped of his “C” on Monday.
Subscibe to
Our NEWSLETTER
Receive the best articles of the web directly in your email