NHL News : Flyers might not be “good enough” to pull major trade

It’s been a tough couple of games for Philly… 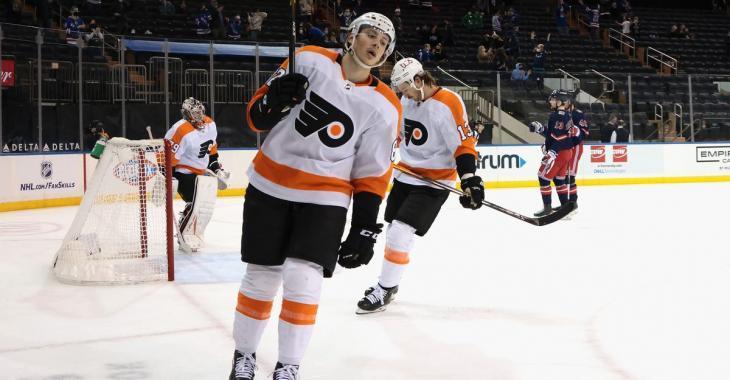 The humiliating 9-0 loss at the hands of the New York Rangers on Wednesday night is still hard to swallow for the Philadelphia Flyers’ front office.

Before the 2021 shortened season kicked off, several pundits predicted the Flyers would be a top contender to hoist the Stanley Cup, however now, there are doubts. And some are coming from their management.

On Thursday, Sportsnet’s Elliotte Friedman revealed on the air ESPN1025 that the Flyers may be pulling out on plans to make major trades ahead of the deadline. Philadelphia was believed to be in the mix for Nashville Predators’ Mattias Ekholm, but they might be out now…

“I’m not convinced the Flyers, I thought they were going to be a big player for some of your (NSH) guys, especially Ekholm. I’m not sure they’re going to do that anymore.”

“I think they’re going to look at it and say we might not be good enough to spend the resources on this.”

Things change quickly in a short season like this one and with the deadline a couple of weeks away, we wonder if the Flyers will rack up the victories to be buyers at the trade deadline.

For now, there seems to be a lot of doubt for the Flyers… At least, Philly got the 4-3 win over the New York Islanders last night, but it wasn’t easy…

Rumor: 1 Canadian province putting the entire NHL season in jeopardy.
Subscibe to
Our NEWSLETTER
Receive the best articles of the web directly in your email