NHL News : Flyers booed off the ice by their fans in humiliating first period against the Devils

Things getting bad in Philly…

Published on Wednesday, March 24 2021 by HockeyFeed in NHL News 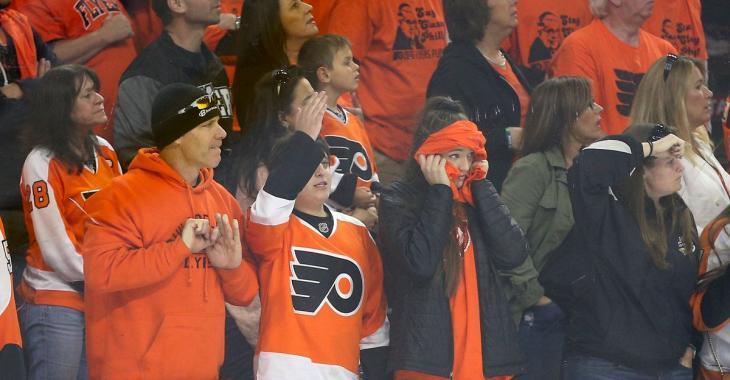 What’s going on with the Philadelphia Flyers? They are a mess, and even more of one after losing 4-3 to the New Jersey Devils on Tuesday.

Now talks of head coach Alain Vigneault’s job being in jeopardy have erupted as the Flyers are falling out of playoff contention as everyone expected them to be a top contender this year.

They had a tough first period against New Jersey, and while they tried to fight back in the third, it was a little too late for the Flyers…

And so fans are disappointed and it showed on Tuesday, especially after the first 40 minutes with Philadelphia behind by three goals . Despite just 3100 fans allowed back at the Wells Fargo Center to watch the game, you couldn’t miss the sound of them booing the Flyers off the ice during the contest.

It is deserved, no doubt about it. The Devils have struggled all year long and got the W.

The Flyers felt the need to get their fans back into the game and score two late goals in the third period, but didn’t get any point for that game…

Something needs to happen before it is too late for Philly to make the postseason and get fans happy again.