This still has a lot of people talking in Vegas. 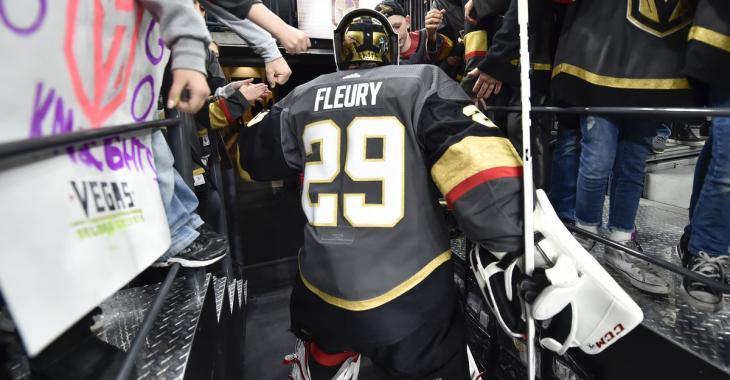 You cannot be surprised that this still has people talking ahead of the 2021-22 season. On July 27th, a day prior to free agency, Marc-Andre Fleury was traded from Vegas to Chicago, which was quite a surprise for the NHL’s reigning Vezina Trophy-winning goaltender.

Reports came out that the poor Flower found out he was traded on social media, which led to him pondering his future, though he did annonce later on that he would play for the Blackhawks.

On Thursday, former Golden Knights teammate William Carrier held a French interview with La Presse, and revealed more details on the trade that rocked the NHL back in July. This is what Carrier had to say (translated from French) on why Gm Kelly McCrimmon traded their star goalie.

Carrier maintains that Flower did not want to get traded, but the team was forced to make a bold move to respect the salary cap limits.

“Flower wanted to win. You would rather be on a winning team than on a rebuilding team. You prefer to be on the right team. I don’t think he ever wanted to be traded, that he wanted to leave. There had been talks in the bubble last year, in the summer, of trading him. Flower came back, won the Vezina. I think there is no doubt that this is a salary cap issue.”

Fans cannot wait to see how Fleury will play this year in Chicago. It’s hard not to root for the guy, and the beloved goalie needs to put it in the Golden Knights’ face this season after this brutal trade, don’t you think?

Max Domi is already in Tortorella’s doghouse!
Subscibe to
Our NEWSLETTER
Receive the best articles of the web directly in your email