NHL News : Fleury flips out at himself for allowing weak goal!

He will want that one back… 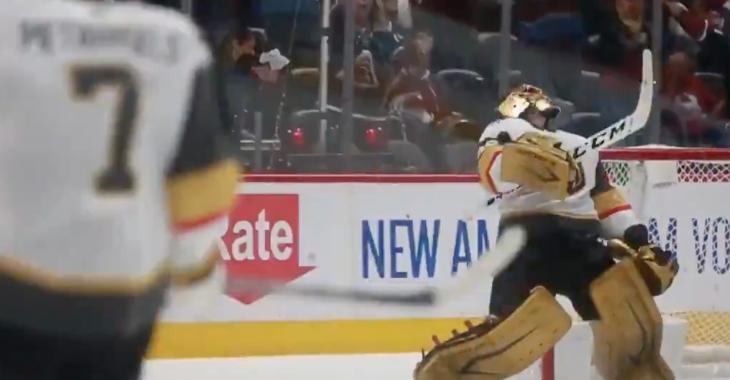 With less than a second left in the first period, the Colorado Avalanche took the 1-0 lead thanks to Brandon Saad, who surprisingly managed to beat Marc-Andre Fleury.

Flower is a great goalie, but this is a bad goal.

As soon as he realizes the puck has gone into the back of the net, Fleury drops his head back, yelling at himself and drops his stick in anger before staking away with disgust.

The camera later caught him apologizing to his teammates.

As the officials made sure the clock read the right amount of time left before the end of the period, Fleury looked at the jumbotron to see the bad goal he allowed. He also misread the play, maybe forgetting there was barely no time left even if he allowed a rebound, but the puck bounced off and ended up in the net.

No doubt he wants that one back!