This was absolutely not only one of the highlights of the Finals, but of the 2008 Playoffs. 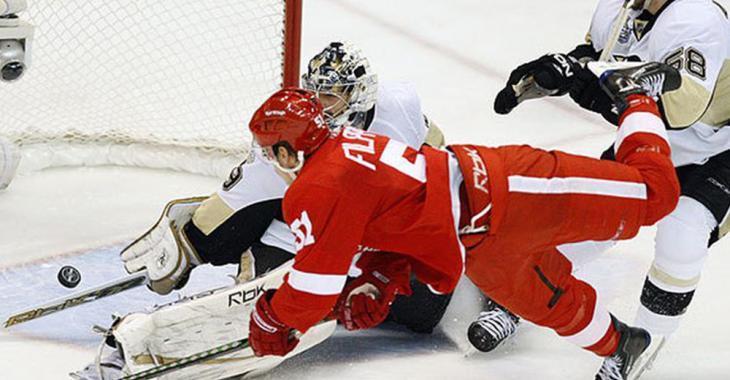 He spent 16 season in the National Hockey League, and now his career path is taking him overseas.

Former Detroit Red Wings forward Valtteri Filppula will be continuing his professional hockey career in Switzerland, as he signed a one-year contract with Geneve-Servette of the Swiss Hockey League earlier today.

“When we approached Valtteri, he was immediately interested in the project,” Geneve-Servette general manager Marc Gautschi said in a statement. “He is exactly the player we were looking for to help the team this season. He’s capable of playing multiple positions, he’s great on power-play and penalty-killing and on top of that he’s a winner. We are very proud to be able to count on him this season.”

Filppula said in a statement: “I am very happy to join the team. I only heard good things about the organization, the city, and the fans. I can’t wait for things to start.”

Drafted 95th overall by Detroit in 2002, Filppula would play in a total of 591 games wearing the Winged Wheel in two separate stints, scoring 112 goals and 175 assists for 287 points. He'd also suit up for the Tampa Bay Lightning, Philadelphia Flyers and New York Islanders over the course of his NHL Career.

Of course, the highlight of his NHL Career came in his second full season with the Red Wings, as he was a key contributor to the 2008 Stanley Cup championship. And during the course of the series, he found himself on highlight reels everywhere after an acrobatic goal he scored on goaltender Marc-Andre Fleury in Game 2 of the Finals at Joe Louis Arena. Because we all love a good hockey-related trip down memory lane, let's re-live it:

The goal, which came midway through the 3rd period, increased Detroit's lead to a comfortable 3-0 margin. During the 2008 playoffs, he scored a total of five goals with six assists. The following season, he'd tally three goals and 13 assists in 23 games as he and the Red Wings fell one victory short of successfully defending their title of the previous year.

We wish Valtteri the best of luck as he continues his career.

Boston Bruins announce who will wear the “A” this season

Controversial solution comes up as NHL runs out of refs!
Subscibe to
Our NEWSLETTER
Receive the best articles of the web directly in your email