Can you imagine how the Red Wings would have fared had this happened? 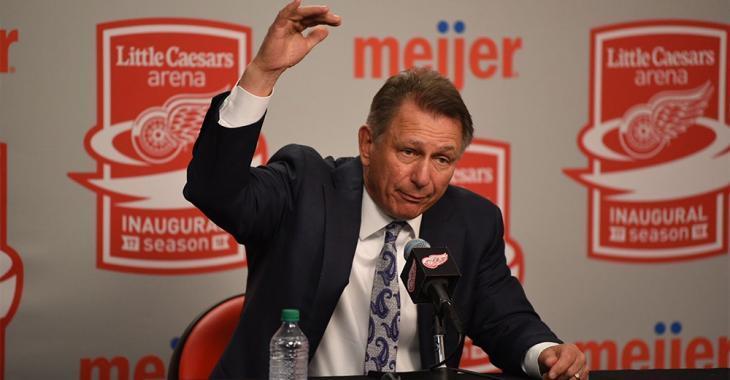 Former Detroit Red Wings general manager Ken Holland carved out an impressive resume during his time in the Motor City, having been part of four Stanley Cup-winning squads (three of which as GM) and gaining a reputation as one of the top executives in the game.

During the 1989 NHL Draft, Holland worked for Detroit as a scout. The Red Wings were able to get future franchise-altering players in Sergei Fedorov, Nicklas Lidstrom and Vladimir Konstantinov. But in a recent interview, Holland detailed how they were nearly able to draft another Russian superstar in addition to Fedorov, and that star was none other than sniper Pavel Bure.

“We were gonna take Bure on our 5th pick,” Holland said. “We took someone else and Christer Rockstrom, who was our European scout, spent the next 45 minutes convincing Jim Devollano and chief scout Neil Smith to take Bure, because he had to have played I think seven or nine games in the Russian men’s league to be eligible for any round, so if he played any less he was only in the three first rounds”.

“Two picks before we picked, Vancouver took him and proved what Christer Rockstrom was convincing us that we could. So it would’ve been something else to have Fedorov and Bure, but we did take Konstantinov in the 11th round,” Holland continued.

The Vancouver Canucks ended up with Bure, and he went on to not only win the Calder Trophy as the NHL's top rookie in 1991-92, but become one of the most prolific scorers during his time in the League.

But for Holland, it all worked out with the players that they were able to bring aboard.

“That 1989 draft for the Red Wings getting Konstantinov, Lidstrom, Fedorov all in the same draft adding them to Yzerman really changed the fortune in the history of hockey and Detroit for 20 years. It would’ve been nice to have the two of them together but I feel fortunate with all the players we did get,” Holland said.

Can you imagine the Detroit Red Wings had Pavel Bure also been in their lineup, which at the time was quickly rising up the ranks in the NHL?

Projected Leafs lineup for Saturday night.
Subscibe to
Our NEWSLETTER
Receive the best articles of the web directly in your email