A first for a Battle of Alberta... 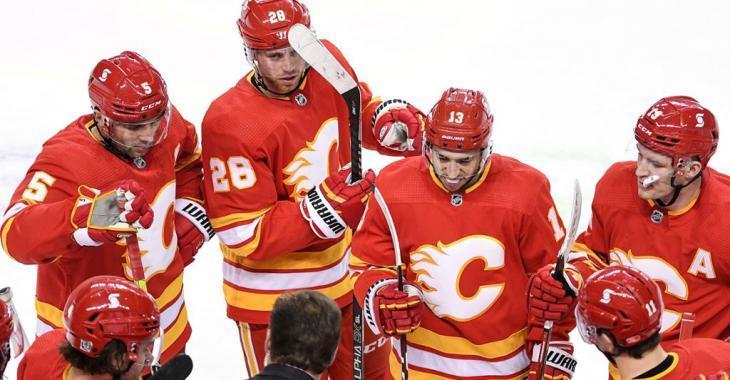 On Saturday night, the Calgary Flames will play their first game without head coach Geoff Ward, who was fired from his duties late on Thursday night before the club announced that it had hired Darryl Sutter as his replacement.

And Sutter isn’t back for a short-term stint: the Flames have signed him to a three-year deal, meaning he’ll coach the team the rest of this season plus two more.

However, the Flames will have to do without him on Saturday for the Battle of Alberta against the Edmonton Oilers. Sportsnet’s John Shannon reports that Sutter won’t be behind his new players on Saturday due to COVID protocols.

Sutter will therefore attend practice on Tuesday. According to Elliotte Friedman of Sportsnet, Ryan Huska will run the bench this weekend.

Sutter coached the Flames from 2002 to 2006, and served as the team’s general manager from 2003 to 2010. He is back on the Flames’ coaching carousel as he becomes the fourth head coach general manager Brad Treliving has hired in the last five years.

Jacob Bernard-Docker takes two blows to the head after refs refuse to blow the whistle.
Subscibe to
Our NEWSLETTER
Receive the best articles of the web directly in your email