NHL News : Flames steal game puck for Gustavsson’s first win: Sens rush to get it back!

​Tkachuk brothers get into it! 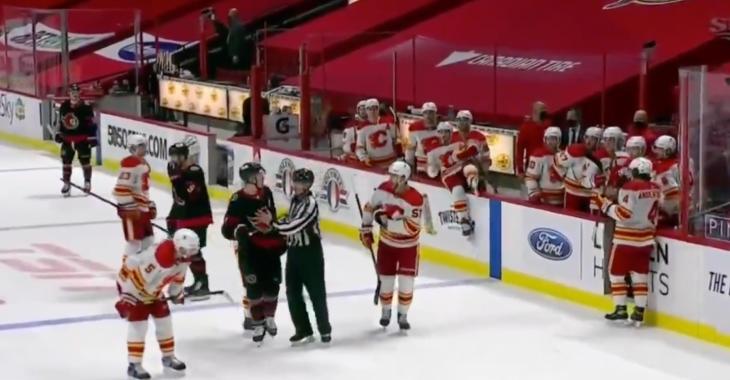 Ottawa Senators goalie Filip Gustavsson got his first start in the National Hockey League last night, but also his first win. The 22-year-old blocked 35 shots in a 2-1 victory over the Calgary Flames and his teammates wanted to make sure he got his game puck as a souvenir.

The Flames had other plans…

Once the whistle was blown and the game came to end, the Senators rushed to Gustavsson to celebrate this important moment.

Some of his teammates started looking on the ice for the game puck and couldn’t find it. They knew right away the Flames were up to something.

That’s because Rasmus Andersson collected the puck on the ice and was on his way to his team bench when one of the linesmen noticed his move.

However, Brady Tkachuk also saw what the defenseman did and wanted to get into it with him, but referees came to break it up. His older brother Matthew Tkachuk then snapped the puck away, but at least the Senators got it back for the young goalie.