Published on Monday, December 7 2020 by HockeyFeed in NHL News 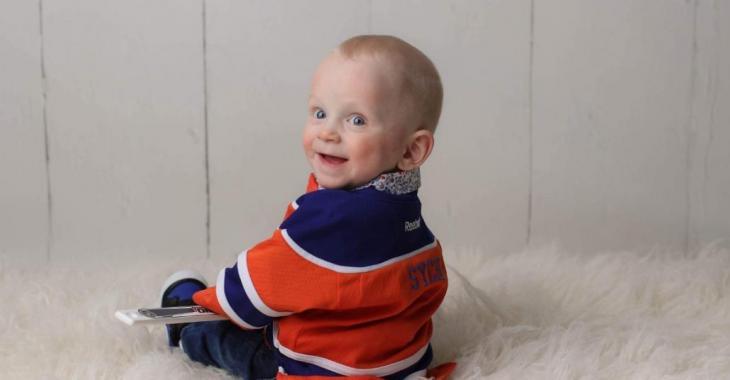 We hear about stories like this on a fairly regular basis, there is after all plenty of suffering in the world, but unfortunately it never gets an easier to cover.

This story comes to us via two desperate parents Bryarly and Bowden Sych, who have run into some unexpected and very serious complications when it comes to their second child. Baby Max, who is being called "Mighty Max" by those who have followed his story, has a very serious and life-threatening condition known simply as (SMA) which stands for spinal muscular atrophy. I will spare you the horrific details, but needless to say this beautiful young boy has a life of pain and misery to look forward to, unless he can get a potentially life saving treatment.

The treatment that will best maximize both the length and the quality of the life that he will lead is known as Zolgensma, but unfortunately Zolgensma just so happens to be the world's most expensive medication. How expensive? The treatment is a one time injection, one that is too dangerous to perform anytime after the age of 2 years old, and costs a whopping $2.1 million (USD). You can imagine how devastated the Sych family was to learn what the cost would be to give their child a decent life, but in spite of the overwhelming odds they have refused to give up hope and are now reaching out to the hockey community in the hopes of finding any kind of relief.

Bryarly Sych is a lifelong Calgary Flames fans while Bowden Sych is a lifelong fan of the Edmonton Oilers, and the loving parents have decided to put their rivalry to the test by challenging the fans of both fan bases to contribute as much as they can to saving baby Max. The family will be keeping track of all the donations coming from both fan bases in what they are dubbing their own "Battle of Alberta" in the hopes that the competitive spirit between the two fan bases will drive people to give to a good cause. They've even created separate sections on their website where you can track the progress from each fan base, and as of right now the Oilers fans are in the lead.

Amazingly the family has already raised over $300,000 for their goal and it seems like at least some of the players from the two NHL franchises are now getting involved. Just this morning Calgary Flames forward Milan Lucic help signal boost the fundraiser in the hopes of drawing in more attention and more donations for baby Max.

If you're interested in helping out they've publish a GoFundMe here.