NHL News : Flames lose Noah Hanifin for the rest of the season

Looks like another wasted season for this Flames group. What's next? 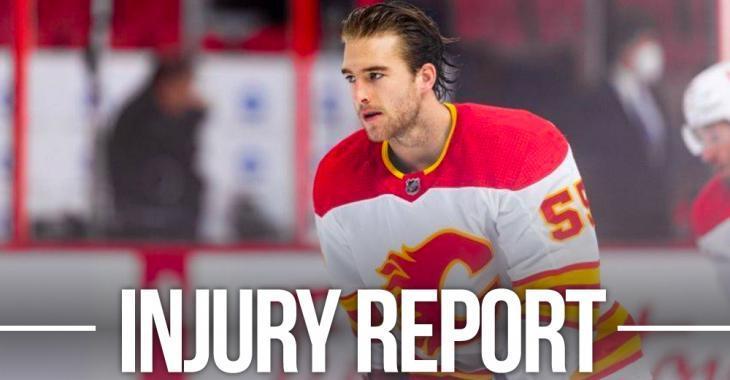 This just in, the Calgary Flames have announced that defenceman Noah Hanifin will have career ending shoulder surgery as a result of an injury he sustained Saturday evening against the Montreal Canadiens.

Flames head coach Darryl Sutter confirmed earlier today that Hanifin is indeed done for the season and that the team will have a difficult time replacing his impact.

"He's a guy who plays a lot of even strength minutes for our team...You don't replace that player," said Sutter. "It's not possible."

Indeed Sutter is correct. While Hanifin's name may not be at the top of any Norris Trophy ballots this season, he's been an absolutely stellar player for the Flames. Together with Chris Tanev, Hanifin comprises one of the best defensive pairings in the entire NHL. Hanifin leads the Flames in time on ice this season and has a solid four goals and 15 points in 44 games. Sure, he's not lighting the lamp like he has in previous seasons, but his defensive game has grown by leaps and bounds this season and it's evident to see the effect that Tanev has had on his game. He's just 24 years old and he looks like a player who is ready to enter his prime as a legit two way defenseman.

Here's hoping he can get back to full health this offseason and take another step again next season.

But, Hanifin's season ending injury brings to light a bigger question... what's up with this Flames team? With Hanifin done for the year, the team's dwindling playoff chances get even slimmer. If in fact the Flames miss the post-season, what does that mean for this team's core? Can this team trot out core players like Johnny Gaudreau, Sean Monahan, Mark Giordano, Mikael Backlund and Elias Lindholm for another season of failure next year?

Sam Bennett was already shown the door and it's unlikely that Hanifin or Matthew Tkachuk walk the plank. Ditto for newcomers like Tanev and goaltender Jacob Markstrom. But... what happens with Gaudreau and Monahan specifically this offseason? Is it time for a fresh start in Cowtown? It certainly seems like GM Brad Treliving will make significant changes this upcoming offseason. Buckle up, Flames fans.