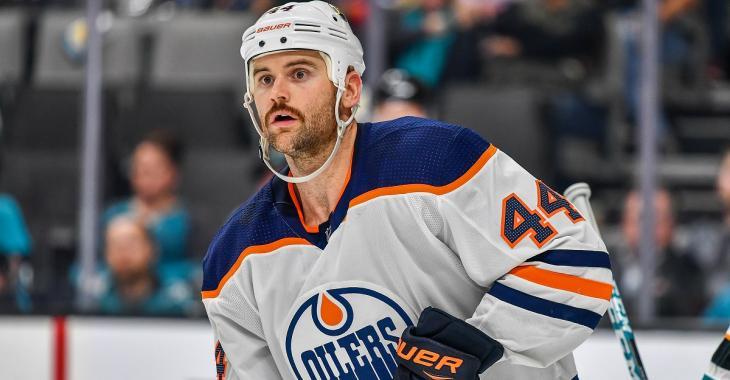 The rivalry between the Calgary Flames and the Edmonton Oilers, known simply as The Battle of Alberta, is one of the best in the sport of hockey, and certainly among the best we have in the entire National Hockey League. The close proximity between the two teams certainly helps, but I believe that it is the sheer level of passion from the Flames fan base, and the Oilers fan base, that have made this such a heated and long standing feud.

As you would expect in a rivalry this intense, the fans of each respective franchise also like to get involved and over the years this has led to some amazing and hilarious moments. The latest such moment comes courtesy of one rather sinister Calgary Flames fan who decided that it would be a brilliant idea to pull a prank on Oilers forward Zack Kassian. Kassian himself has been a huge part of The Battle of Alberta in recent years thanks in large part to his personal feud with Flames forward Matthew Tkachuk, something that was the focus of this prank.

Tkachuk has notoriously refused to fight Kassian on a number of occasions when the two have clashed, often goading the Oilers forward into taking an unnecessary penalty or simply in an effort to make him look silly. As you would expect this has not exactly earned Tkachuk a ton of respect from Kassian, the Oilers, or their fans.

Kassian however is a member of an online service known as Cameo, where you can hire your favorite celebrity to read out a personal message for either you or someone you love and that is exactly what this fan did. Instead of a normal greeting or well wishes to a particular fan or loved one, Kassian was forced to read out a message about his most hated rival Matthew Tkachuk.

I swear you can see the pain in Kassian's eyes as he struggles to read out words that he obviously does not believe, but to his credit he gets through the whole message and gives the fan the service that he paid for. I'm sure Kassian had a ton of fun doing it if I'm being perfectly honest, plus he can always rest easy knowing that he pocketed a little extra cash for it as well.