Laine was pushed out! 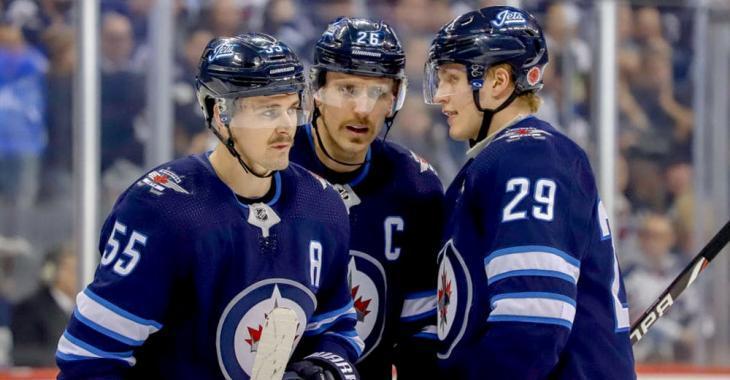 According to a report from Finnish language publication Iltalehti, former Winnipeg Jets star Patrik Laine was pushed out of town, despite earlier reports that he wanted out for selfish reasons.

Laine, of course, was part of a blockbuster trade with the Columbus Blue Jackets this past weekend in exchange for another young disgruntled player in Pierre Luc Dubois. In Dubois' case, it seems that a falling out between him and Blue Jackets head coach John Tortorella was the reason for his trade request. In Laine's case, it seems that a rift between him and captain Blake Wheeler as well as top line center Mark Scheifele is what triggered the trade request.

From Iltalehti (translated from Finnish):

Wheeler felt his position on the right side of the No. 1 line was threatened because Laine was also a right winger. Wheeler was also not enthusiastic that Laine would become almost as popular in Winnipeg as Teemu Selänne. Scheifele, who was on the team captain's leash, made it clear to everyone that he wanted to play with Wheeler.

This three-headed ladder made Laine's life difficult, unhappy with his role and treatment.

Wheeler spoke about his relationship with Laine following the trade, but offered up little insight.

“Maybe I could have communicated a little better instead of being frustrated,” Wheeler said when asked about his role in Laine's departure. Scheifele refused to take questions following Laine's trade. Maurice himself only stated that he "tried to create an environment for each player where they could feel they could be at their best." Evidently though, that didn't fly with Laine for whatever reason.

Really all that's left to do now is pick up the pieces and move on. The Blue Jackets got them a Hell of a player in Laine. Ditto for the Jets in Dubois. Here's hoping both these players can put this behind them and get back to filling the net.

Avs have their schedule postponed and facilities shut down