A rivalry is born. 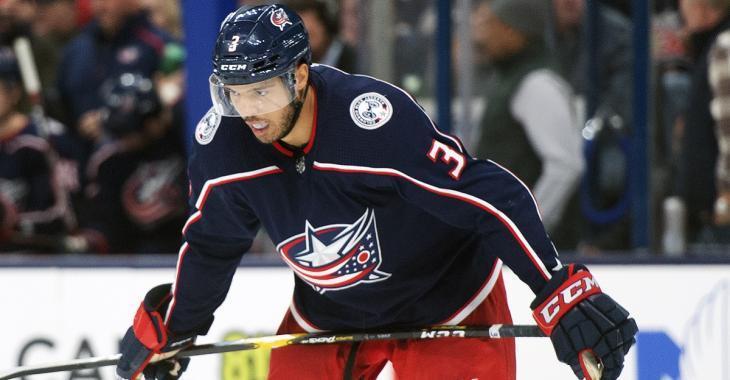 Although some players in the National Hockey League have made a name for themselves as trash talkers in the league, notorious Boston Bruins forward Brad Marchand immediately comes to mind, trash talking is generally speaking more of a rarity in the sport of hockey. Players tend to keep things very vanilla due to the media training they receive on their way to the NHL but every once in a while we do get some pretty good trash talk.

Over the weekend we got what could be the start of a brand new rivalry when veteran Nashville Predators forward Filip Forsberg took to social media to call out his former teammate, Chicago Blackhawks defenseman Seth Jones. Jones was recently acquired by the Chicago Blackhawks in a trade with the Columbus Blue Jackets and as a result will see Forsberg and the Predators several times a season with both teams being in the NHL's Central Division. Jones also signed a long term deal with the Blackhawks so it seems likely that these two will be butting heads for some time to come, and to suggest that Forsberg is confident he will emerge on top of this rivalry would probably be an understatement.

"Can’t believe you got traded back to our division, time to get exposed," wrote Forsberg on Instagram.

Jones and Forsberg played together when both were members of the Predators, and I suspect that this is more of a friendly rivalry than anything else but I honestly can't be 100% certain. Given that the comment was made in text it could very well be that there is a genuine dislike between these two from their time together in Nashville, but again I suspect that is probably not the case here.

Regardless of whether or not this is just some banter between a couple of old friends, or if it is a genuine rivalry between these two competitors, I think stuff like this is a great way to promote the game. Fans of both the Predators and the Blackhawks will now have an additional reason to tune into their matchups this upcoming season with the added draw of a personal rivalry between two high profile opposing players.

Update: Had a few people saying they couldn't see the comment on Instagram, so I've included a screenshot.

Flames re-sign forward Brett Ritchie, but have no plans on him playing for them