NHL News : Feud is on between Canucks players and team management! 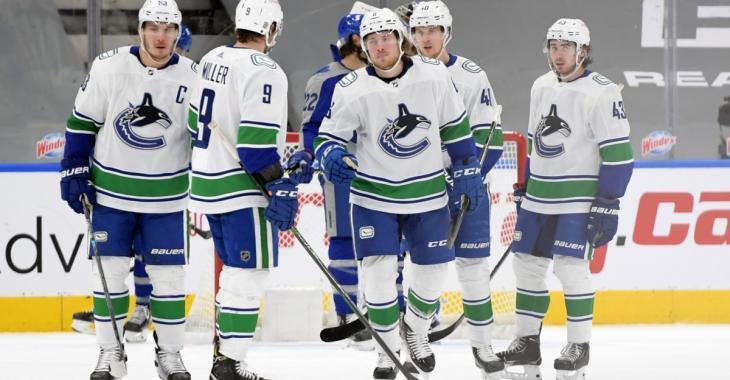 I feel like we could have predicted this after the Vancouver Canucks’ offseason was this uneventful. Sure they brought veteran goalie Braden Holtby back in October, but the netminder isn’t the Stanley Cup champion he once was and the rest of the roster changed after losing key players.

And I’m not the only one saying it. After losing - once again - to the Toronto Maple Leafs, young defenseman Quinn Hughes dropped a stunning line, saying “We have a lot of new pieces — we lost a lot of players from last year.”

On Tuesday night, Sportsnet’s Elliotte Friedman pointed out that his statement got the attention of a lot of folks around the National Hockey League as he appeared to be attacking management, and maybe general manager Jim Benning directly.

Here is how Friedman explained it and the impact it has had in Vancouver:

“It’s gone so sideways that I don’t know where to start. The Quinn Hughes comment last night was a whopper. I had people from other teams sending me that quote asking if it was accurate or misquoted. That one caught the eye of people.

Part of me wonders if Green not being extended, just put the whole thing in a bad position because he’s in a spot that the players see him as a guy that’s in his last year after seeing their teammates in their last year gone, is he going to be gone?

Today’s player understands what being in the last year of a deal means.”

Friedman wonders what’s happening and many fans and pundits believe there is a real feud taking place between the players and management. He sees how the positive attitude is gone in Vancouver and how it shows on the ice.

“There is something wrong,” Friedman kept saying.

This good mean bad news for Benning or even for head coach Travis Green. While there are a lot of talks about players now available on the trade market in Vancouver, I can’t say if another failed move is what is need for the Canucks, maybe the one making the moves should be the one who goes…

What do you think?