NHL News : Fans struggle with rumour that coach Bednar’s job is in jeopardy if Avs lose to Vegas

This came unexpectedly in an article in the New York Post about the Rangers’ coaching vacancy. 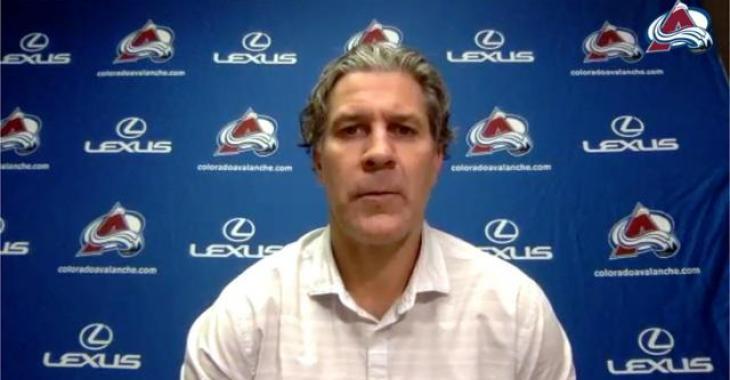 The New York Rangers are looking at different candidates to fill the spot behind their bench ahead of the 2021-22 season. The Blue Shirts fired David Quinn after three years on the job. His assistants David Oliver, Jacques Martin and Greg Brown were also shown the door.

There have been a few names floated as possibilities to take over the job, including two controversial names - Mike Babcock and John Tortorella, but Gerard Gallant remains the favourite for the Rangers’ coaching job.

However, the New York Post is reporting that while Gerard remains on top of the list, the Rangers could investigate about Rod Brind’Amour, whose contract is set to expire at the end of the season. The Carolina Hurricanes and Brind’Amour are still discussing a contract extension, but nothing is set.

On top of that, the Post shocked fans with the rumour that Colorado Avalanche’s bench boss Jared Bednar could be in the mix if he gets fired this postseason. That’s right, it apparently could happen.

“The Post has been told that Jared Bednar’s job as coach of the Avalanche might be in jeopardy if Colorado goes down to Vegas in a series that was tied 2-2 entering Tuesday’s Game 5. It is not clear whether Bednar would become a candidate in New York if he becomes available.”

On Tuesday night, the Avs lost in overtime. The series is now in favour of the Golden Knights, heading back to Las Vegas… Uh oh.

We will have to keep an eye on this…

Canadiens grab a new goaltender off waivers.
Subscibe to
Our NEWSLETTER
Receive the best articles of the web directly in your email