Former teammate Zadorov tells it all, though he's actually impressed with MacKinnon’s devotion to hockey. 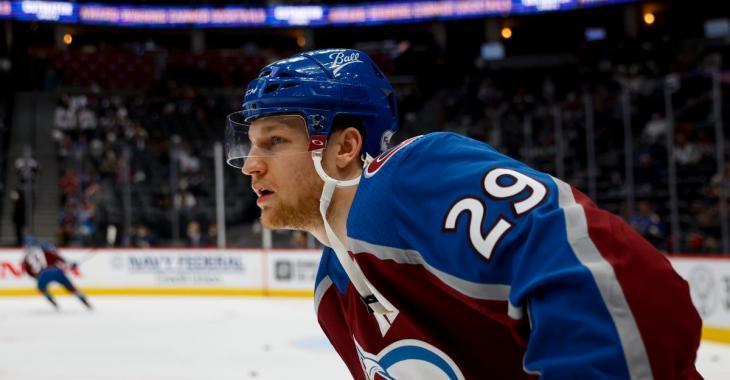 This was supposed to be an interview about him, but Nikita Zadorov’s interview in Russia quickly focused on his former teammate Nathan MacKinnon of the Colorado Avalanche and now, it’s going viral.

As he spoke about MacKinnon, Zadorov ended up sharing private details and interesting information on what the top forward does to make sure he can always compete at an elite level. We are talking about monetary investments that hit 6-digits spent on chefs, doctors and dietologists. He makes sure he is surrounded by a team of experts to go through the season and has made significant changes to his lifestyle to improve during his career.

Zadorov explained how MacKinnon never drinks alcohol and only has water, and how he got rid of treats in the dressing room two years ago and influenced guys to eat better during the season, telling them they have all summer to eat junk food.

In the interview, it is clearly said that MacKinnon can be like the great Micheal Jordan, who got some heat for the way he treated teammates in the past, but this is it: MacKinnon’s attitude, just like MJ’s, is what it takes to be as great as he is.

But yes, he will yell at teammates and line mates for missing his stick when they pass the pucks. But these players get better… right? Zadorov revealed a bit more of what it’s like playing alongside MacKinnon.

“If you miss a pass in practice, he would skate over and literally scream at you,” he told the Russian reporter. “If the puck ends up in his skates—not even his skates—if it misses his stick by a tiny bit, like 15 centimeters in front of the blade of his stick, he doesn’t move his stick to catch the puck. He stops everything, turns around and slaps the puck back at you. He is not going to try and catch any puck he doesn’t like during practice—just to show you that you made a shitty pass.”

Everyone improves and that’s why MacKinnon is a great player that the Avalanche is lucky to have. However, we can understand why Gabriel Landeskog is the captain, and not MacKinnon… it could turn sour very quickly if he were…

Check out the entire interview translated from Russian to English to see everyone that was revealed about MacKinnon. The guy is intense!

Maybe that’s why Zadorov is off the team now: he spent five seasons in Colorado before he was traded to the Chicago Blackhawks. The Hawks traded him this summer at the draft to the Calgary Flames in return for a third-round pick in 2022.

The interview quickly prompted fans to rip MacKinnon apart for his behaviour with his teammates. Especially since he has yet to win a Stanley Cup:

Another contender enters Jack Eichel sweepstakes!
Subscibe to
Our NEWSLETTER
Receive the best articles of the web directly in your email