NHL News : Fans have overwhelming favorite of who they'd like to run their NHL team

The head honcho in Detroit tops the list of who fans wish would be running their team. 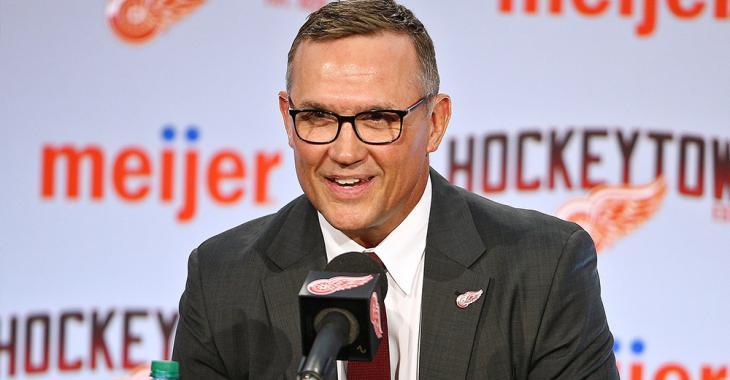 There are only 32 such jobs on the planet, and the 32 men charged with the well-being of their NHL club certainly do the best that they can. But of course, as with any profession, that comes with varying degrees of success.

The fans have voted on which NHL general manager that they'd like to see running their particular team if they had that enticing choice. And the results, courtesy of The Athletic, weren't even close.

The overwhelming majority of fans who took part in the poll chose current Detroit Red Wings GM Steve Yzerman as the man they'd most like to see running their team, earning 3,069 votes (35.6% of the vote). Not exactly surprisingly, he was followed by his successor in Tampa Bay, Julien BriseBois, who earned 1,958 votes (22.7%).

BriseBois was followed by Colorado Avalanche GM Joe Sakic, then Islanders GM Lou Lamoriello, and the Vegas Golden Knights' Kelly McCrimmon to round out the Top 5.

"The two guys most responsible for building a two-time champ are at the top here. It’s interesting to see how much credit Steve Yzerman gets for the Lightning’s success — and how sold, presumably, voters are on the Red Wings’ in-progress rebuild."

Yzerman announced prior to the 2018-19 season that he'd be stepping down in his role as GM of the Lightning and remain with the team through the remainder of their season that ended prematurely thanks to a 1st round sweep at the hands of the Columbus Blue Jackets. He returned to the Red Wings a week later and took over as GM from Ken Holland, who soon departed for Edmonton.

During his time as Tampa's GM, Yzerman made several of the draft picks, free-agent signings and trades that resulted in the Lightning becoming an NHL powerhouse. And it was mostly the players that he acquired and drafted that won their second straight Stanley Cup earlier this month.

9 NHL players, including Panarin, are done for the season!
Subscibe to
Our NEWSLETTER
Receive the best articles of the web directly in your email