NHL News : Fans get to see Jonathan Drouin for the first time in months!

What does this mean for his future in the NHL? 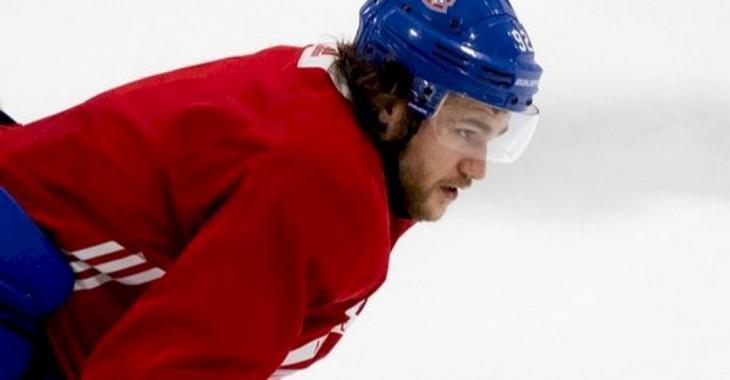 Jonathan Drouin missed the entire Montreal Canadien’s run to the Stanley Cup final, which they ended up losing in five games to the Lightning in Tampa Bay. When meeting with reporters at the end of the season, GM Marc Bergevin offered an update on Drouin’s situation, stating that the forward was doing much better.

Back in late April, the Canadiens announced that Drouin would take an indefinite leave of absence from the team for personal reasons. Teammates, including Phillip Danault, also a French-speaking player from the province of Quebec, had opened up about what might be hurting Drouin and how serious this is, speaking about bullying and mental health issues.

While Bergevin mentioned that Drouin was feeling better, fans never got proof of his statement. Then, on Tuesday, a photo of Drouin was posted on social media, he who was seen at the Complexe Bell when the Canadiens practice. The tweet reveals how he is back training and wants to be ready for the 2021-22 season.

Now, we cannot always tell from a photo how someone is doing, but the fact that Drouin allowed this image to be posted on social media appears like a positive sign.

While we cannot say when Drouin will return to action, his name was mentioned a few times in trade chatter, especially when it comes to the Canadiens being interested in acquiring Jack Eichel from the Buffalo Sabres.

We only hope that the Habs make the best decision for Drouin’s mental and keep hoping he is healthy and happy.

Good to see you, Jo!

Bruins mic up Brad Marchand and hilarity ensues.
Subscibe to
Our NEWSLETTER
Receive the best articles of the web directly in your email