The veteran goalie reportedly heard about the trade via Twitter... WTF!?!?! 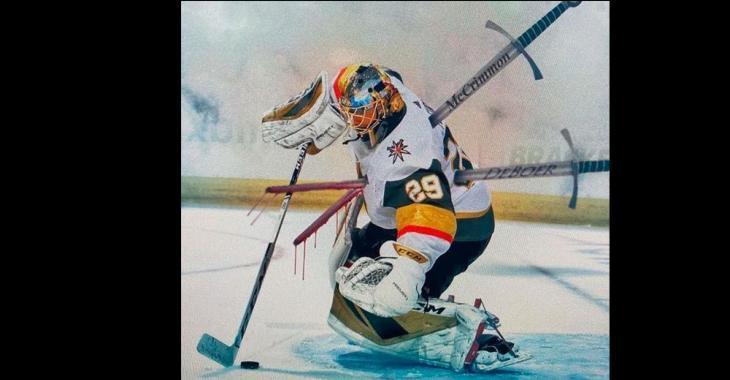 In case you missed the mega-news announced earlier today, the Vegas Golden Knights traded Vezina Trophy winning goaltender and franchise icon Marc Andre Fleury to the Chicago Blackhawks for... nothing. Literally they dumped his $7 million contract off on the Blackhawks for minor leaguer Mikael Hakkarainen.

But here's the thing... if you think the Blackhawks are getting a Vezina Trophy winning goalie for free... well... think again. Fleury's agent Allan Walsh reports that Fleury himself heard about the trade via Twitter and will consider his NHL future before committing to the Blackhawks.

All of this is to say that there's a very real chance that Fleury will refuse to report to Chicago and never play in the NHL again. He made it clear that he was only interested in playing for the Golden Knights or the Pittsburgh Penguins, his former team, and that he would retire if moved elsewhere. It looks like the Golden Knights and the Blackhawks are holding his feet to the fire a bit and... well fans aren't too happy about it.

Check out some of these reactions to the Golden Knights' official "thank you" message to Fleury:

Ouch... hard to say I don't agree. This is no way to treat a veteran player, especially one who has been the face of your franchise since Day 1. Absolutely appalling way of doing business from the Golden Knights here.

Now the question is whether or not Fleury reports to Chicago once training camp opens in September.