NHL News : Explosive allegations of sexual assault being made against Chicago Blackhawks

The Chicago Blackhawks are facing a serious set of charges from a former player. 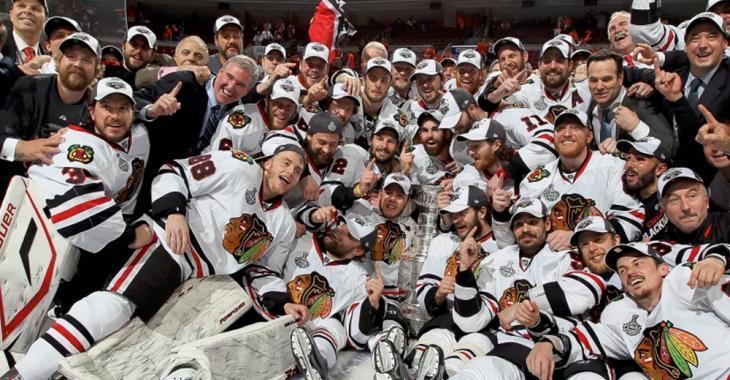 The 2010 Chicago Blackhawks will forever be remembered as a team that carried an entire city on their backs en route to the first Stanley Cup championship that the Windy City had enjoyed since 1961.

But now, there are some serious allegations being made against the organization by a former player who was on the Cup-winning squad that could cast a shadow of gloom over that legendary season.

According to an explosive and disturbing report that was released earlier this evening from WBEZ Chicago, an unidentified player from the 2010 roster is suing the Blackhawks for ignoring his claims that he and another player were being sexually assaulted by an assistant coach, and that the team did nothing to stop it.

The unidentified player is being represented by Chicago lawyer Susan Loggans, who is seeking upwards of $150,000 in damages.

“This entire man’s life has been destroyed,” she said. “I mean, he was not able to function within the NHL context and…this has really ruined…his professional career. These professional athletes have to function at the top of their game at all times in order to be competitive, and these things are really debilitating.”

The lawsuit states that the player reported the incident to James F. Gary, the team's mental skills coach, following the incident. However, according to the player, Gary turned the blame around on the player.

“On or about May 2010, Gary convinced plaintiff that the sexual assault was his fault, that he was culpable for what happened, made mistakes during his encounter with the perpetrator and permitted the sexual assault to occur,” the lawsuit stated.

The lawsuit also states that before the player sought counseling from Gary, the Blackhawks were “made aware that the same team employee had sexually assaulted a teammate” of the player.

Aldrich, who is no longer with the Blackhawks organization, hung up when contacted by WBEZ reporters seeking comment. Later, an attorney representing Aldrich emailed WBEZ and said that his client denies the allegations.

Meanwhile, the Blackhawks have released the following statement:

“The Chicago Blackhawks take the allegations asserted by a former player very seriously,” said Adam Rogowin, the Blackhawks vice president for communications. “Based on our investigation, we believe the allegations against the organization lack merit and we are confident the team will be absolved of any wrongdoing."

“As this is a pending litigation matter, it would be inappropriate for us to comment further."

According to Michigan records, Aldrich was previously convicted in 2013 of fourth degree criminal sexual conduct involving a student.

Rumor: Rumblings of a big trade and a big reunion for the Chicago Blackhawks.
Subscibe to
Our NEWSLETTER
Receive the best articles of the web directly in your email