You can bet the fans are excited about the historic rivals facing one another in the playoffs, but not so much for the players - yet. 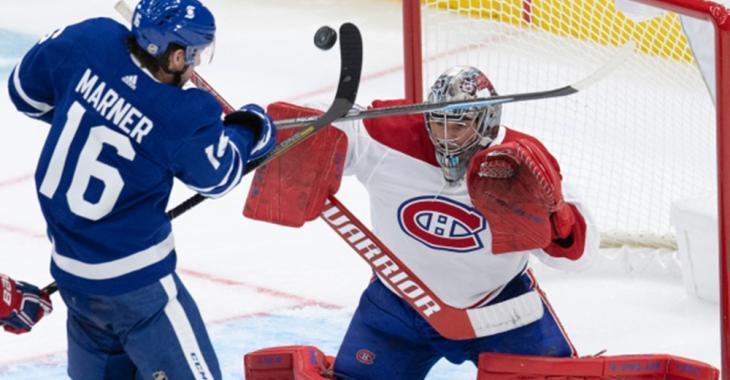 The hockey world will soon be treated to a matchup between two historic Original 6 rivals that have not faced one another in a Stanley Cup Playoff series in 42 years.

Yes, the Toronto Maple Leafs and the Montreal Canadiens will be facing one another for the first time in a playoff series since 1979. To put into context as to how long ago that was, it was Pierre Trudeau (the father of current Canadian PM Justin Trudeau) who was in office at the time. And for hockey fans south of the Canadian border, Jimmy Carter occupied the White House.

There's been plenty of water under the bridge since then, both in the sport and in world history. And new generations of hockey fans have been brought up in the healthy disdain their elders had for the other side in the historic rivalry that has been Toronto and Montreal. The last two playoff series between the two sides in 1978 and 1979 resulted in an early summer for Toronto, as Montreal swept both series.

But for all of the fanfare surrounding the upcoming playoff battle that will get underway later this week, it seems as though the excitement hasn't exactly hit the players who will be participating in the playoff series quite as hard.

According to Maple Leafs head coach Sheldon Keefe, the upcoming series hasn't even been discussed.

"We didn't even bring it up or discuss it this morning," Keefe explained after practice on Wednesday. "We just played Montreal four times so we know what to expect there in that sense," he said. "Of course we know their roster will look different and they'll be a much more rested team when we see them again.

"We've got two regular-season games to play this week, and we're just remaining focused on that."

"I'm not going to talk about the series until the series comes to Day 1," added forward Mitch Marner.

In fact, defenseman Travis Dermott was only able to muster an "I guess" when asked about the excitement about the pending series.

"It's Leafs versus Habs. It's everything you want in a playoff series," Dermott said. "I mean, you could look at all the history and probably leave it at that."

Goaltender Jake Allen, who already has a Stanley Cup to his name, is in his first season wearing the bleu, blanc et rouge, was a little less muted. In his words, he'll be "cherishing" the experience.

"To be able to play the Leafs in the first round of the playoffs, even just playing the Leafs in general, is a special feeling," he said. "It's been such a long time since that's happened. We've got to cherish it.