It pays to be a professional athlete. 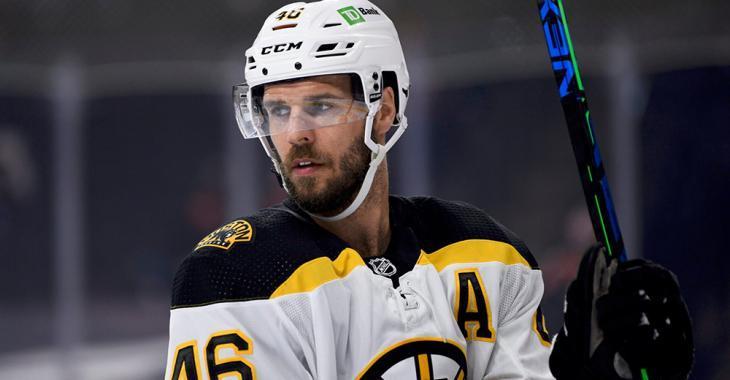 The Boston Bruins are ready to continue making noise in the National Hockey League's Eastern Conference, and they'll be bringing back most of the supporting cast along with a few additional faces in the fold.

He departs Boston after having played 15 years with the Bruins, and three appearances in the Stanley Cup Finals with one title to his name. He scored 215 goals and 515 assists in 962 total games in the NHL, where he earned the reputation of being one of the League's most underrated players.

And since he's not living in Boston anymore, it was time for him to sell his swanky pad. And he found a buyer, who had to pay a hefty sum.

The hockey player -- who was drafted by the Bruins in 2004 -- announced in July that he was leaving the NHL to continue his playing career in the Czech Republic ... so he had no further need for his swanky Boston home.

So, the guy unloaded it this week -- and he made a killing, 'cause TMZ Sports has learned the price tag made it the highest sale for a single-family home in the Charlestown neighborhood EVER.

The 4,500-square-foot pad has a brownstone vibe ... with 5 bedrooms, 4.5 baths and a beautiful kitchen with a ton of windows.

It's also got a fireplace in the luxury living room -- and an amazing private roof deck and outdoor space.

There's also two deeded parking spots -- which, if ya know Boston, is a HUGE bonus.