Nabby was once officially a member of the Red Wings, albeit very briefly. 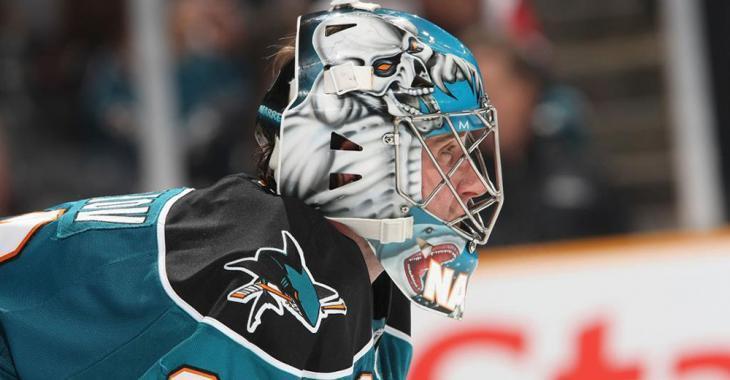 Looking to shore up their crease after injuries to both Jimmy Howard and Chris Osgood, Red Wings GM Ken Holland inked Nabokov to a one-year contract in January of 2011 for the NHL minimum salary. Nabokov, who wasn't offered a contract by the San Jose Sharks after over a decade in the Bay Area, wanted to suit up for a contender, and his first choice was the Red Wings.

However, League rules required Nabokov to go through the waiver wire first. And as fate would have it, Garth Snow and the New York Islanders came calling.

The Islanders, who were one of the NHL's worst squads that season, snatched Nabokov out of Detroit's grasp - much to Nabokov's dismay. He refused to report to the team, who subsequently suspended him. And you certainly can't blame him for being upset, having instantly gone from a Stanley Cup contending team to the doldrums of the NHL basement in just a matter of hours.

It wasn't long before Snow was able to finally connect with Nabokov, only to get immediately hung up on after identifying himself. However, Nabokov's agent Don Meehan soon phoned Snow back and set the record straight.

"He called me back 15 or 20 minutes later," Snow said of Meehan. "Donnie said, 'He didn't know it was you. He was on two or three different phones, and people from the media were calling him.'

"I just gave him the benefit of the doubt and I said to Donnie, 'Do me a favor. When he gets done with all his phone calls, give him my number and get back to me."

"It's something that we're going to talk about probably a little bit later in the day," Snow said. "He had his heart set on going to Detroit, obviously. I told him I respect that, but he's a New York Islander now and we'd love to have him part of our group."

Nabokov would eventually suit up for the Islanders, playing for them for three seasons while helping lead them to the Stanley Cup Playoffs during the lockout shortened 2012-13 campaign. He'd retire with 353 career victories.