Oilers GM Ken Holland is going to be a busy man. 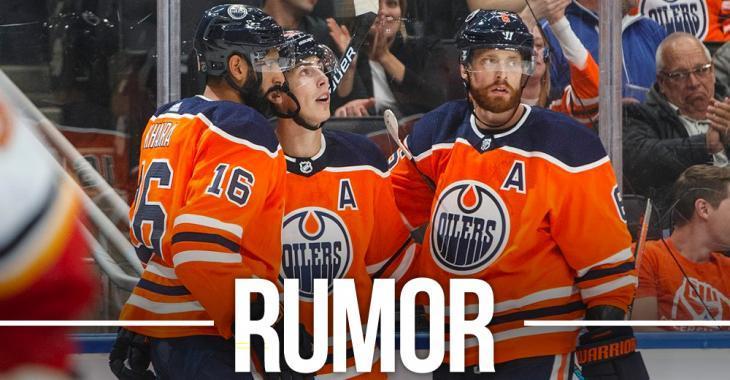 Edmonton Oilers insider Ryan Rishaug of TSN reports that the pending free agent Ryan Nugent-Hopkins could find himself on the trade market if he and Oilers GM Ken Holland can't come to an agreement ahead of the NHL's trade deadline on April 12th.

Rishaug reports that talks between the Nugent-Hopkins camp and Holland broke off "abruptly" prior to the start of the season and that it's been "radio silence" ever since. That rarely bodes well...

I have to say Nugent-Hopkins may never live up to his billing as a 1st overall draft pick, but he's still a very valuable player. He's never going to be Connor McDavid and that's okay. There's big difference between a bad player and a disappointing player. You can maybe make the case that Nugent-Hopkins is a disappointing player, but no one with half a brain would call him a bad player.

The fact of the matter is that Nugent-Hopkins will get his money, either in Edmonton or on the free market. He has said that he wants to stay in Edmonton and would like to sign their long-term. To put in bluntly, the ball is in Holland's court. Does he want The Nuge around long term or not? If not, I'm sure he could fetch a pretty package on the trade market.

Interestingly enough, Oilers defenseman Adam Larsson finds himself in the same spot as Nugent-Hopkins. David Pagnotta of The Fourth Period reports that Larsson, who is also a pending free agent, has not engaged in any contract extension talks with Holland and the Oilers.

From Pagnotta's most recent column for The Fourth Period:

"A source with knowledge of the situation confirmed to TFP on Monday that the Oilers have yet to reach out to Adam Larsson’s camp about a new contract and there are no talks are currently planned."

Look out, Oilers fans... things are about to get pretty interesting. Holland's next moves will be scrutinized either way for years.

Joe Thornton ripped for looking “too slow” in the Swiss League.