NHL News : Evander Kane requested and received a restraining order against his wife

This messy situation manages to once again take ANOTHER ugly turn. 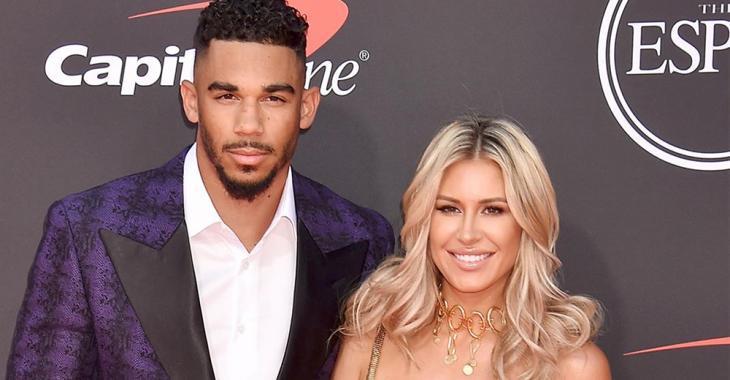 San Jose Sharks forward Evander Kane has found himself once again in the news in recent weeks, facing allegations from his spouse Anna that he has a gambling addiction and had been betting on his own games. That instantly led to the National Hockey League saying they'd be conducting their own investigation into the matter.

Of course, should the investigation turn up any evidence that Kane has been betting on his own games, it could result in the former star forward's expulsion from the League entirely.

But now, another report involving his wife has emerged, and this one of an equally serious nature. Kane reportedly requested and received a restraining order against her, saying that she's been violent against him and even assaulted him in the past.

Take a look at the report per Yahoo Sports:

The 30-year-old told the courts that Anna was violent towards him in the past. Beginning a year into their marriage in 2019, Kane said that she hit him “seven to eight times in the face with her fist” during an argument, according to court documents obtained by TMZ.

Further into the reports, there have been multiple alleged instances of physical violence against Kane by his wife. In October 2020, he described an incident where Anna struck him in the face during an argument while her mother was visiting. Almost a year later, in April 2021, she "started uncontrollably throwing things” at him after going through his phone.

Most recently, Kane described an incident last month where Anna prevented the Sharks winger from leaving after a discussion, pushing him and violently swinging around their daughter during the same argument."

Kane has denied all allegations of gambling, and also denied allegations that Anna made that he is neglecting his family. He also made it a point to declare that their marriage would soon be over.

This situation is all kinds of bizarre, and it looks like it's only going to continue to get worse for Kane and those around him before it ever begins to get better. We certainly hope for the sake of the couple's young children that things can somehow improve in the personal lives of their parents.

Canadian government may once again deny the Lightning their special moment.