NHL News : Evander Kane reaches out to Pastrnak amidst mourning of newborn son

They have this terrible experience in common… 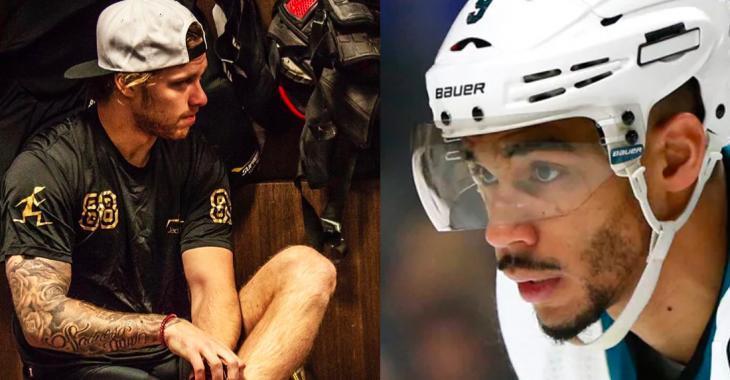 On Monday, Boston Bruins winger David Pastrnak announced the death of his infant son Viggo Rohl Pastrnak. The entire community of the National Hockey League sent thoughts and prayers to Pastrnak and girlfriend, Rebecca Rohlsson, gave birth to Viggo on June 17. The newborn died six days later. The cause of death was not disclosed.

Pastrnak shared the heartbreaking news on his personal Instagram account, which read: “We have an Angel watching over us and we call him SON. You will be loved FOREVER. Please respect our privacy as we are going through these heartbreaking times.”

Pastrnak has mentioned more than once throughout the season how excited he and Rohlsson were for the birth of their son. He had painted the nursery, built a crib…

This is an experience no human should live, and unfortunately it has tragically happened to Pastrnak, the same way it did to San Jose Sharks’ Erik Karlsson and Evander Kane in years past.

The latter reached out to Pasta to send him his best as he is painfully able to place himself in his shoes. Back in 2019, Kane had revealed in a social media post that he and his wife lost their daughter during pregnancy.

He posted this on social media, reaching out to the Bruins’ superstar:

Condolences poured in from the hockey world following the announcement and the entire team of Hockey Feed joined in to send our thoughts and prayers to the Pastrnak family.