NHL News : Evander Kane looks to be done with the Sharks

Is he done in the NHL period? 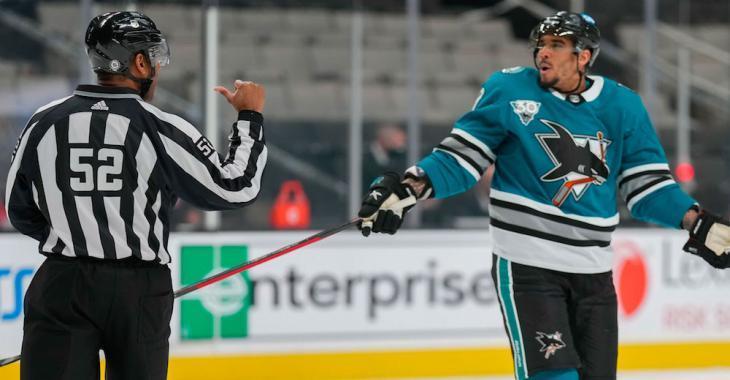 In case you missed the news earlier today, the NHL handed down a historic 21 game suspension to San Jose Sharks forward for violating the league's COVID-19 protocols.

It has been reported, but not yet confirmed, that Kane is alleged to have faked a COVID-19 vaccination card and is in fact unvaccinated. Again, these reports are not confirmed and this is all conjecture.

Immediately following the NHL's statement, Kane himself released a statement through the NHLPA. In it Kane accepts his suspension and apologizes to his Sharks teammates. ﻿Interestingly enough, Kane doesn't mention re-joining the Sharks following his suspension, but rather just says that he's looking forward to "return(ing) to the ice."

Here's the statement in full:

“I would like to apologize to my teammates, the San Jose Sharks organization, and all Sharks fans for violating the NHL COVID protocols.  I made a mistake, one I sincerely regret and take responsibility for.  During my suspension, I will continue to participate in counseling to help me make better decisions in the future.  When my suspension is over, I plan to return to the ice with great effort, determination, and love for the game of hockey.”

The Sharks also released a statement saying that they were "extremely disappointed" with Kane's actions and that they will make no further statement until Kane's suspension is over in November.

Personally, I don't see how Kane can re-join the Sharks once all is said and done. The fact that the Sharks have been pretty tight lipped on Kane the entire offseason leads me to believe that they're doing their best to distance himself from him.

Frankly, I'd be surprised if any NHL team gave him a chance after this. Oh... and there's still the matter of his $7 million annual contract and the ongoing bankruptcy case that he's embroiled in. In other words, there's simply too much baggage there for the Sharks or any other team to take on. Of course, I may be wrong, but I'd be very, very, VERY surprised if Kane laces up the skates in the NHL again. Thoughts, Sharks fans? Will this guy be welcomed back?

Disturbing new details in Matiss Kivlenieks' autopsy.
Subscibe to
Our NEWSLETTER
Receive the best articles of the web directly in your email