The controversial forward officially gets told to stay away. 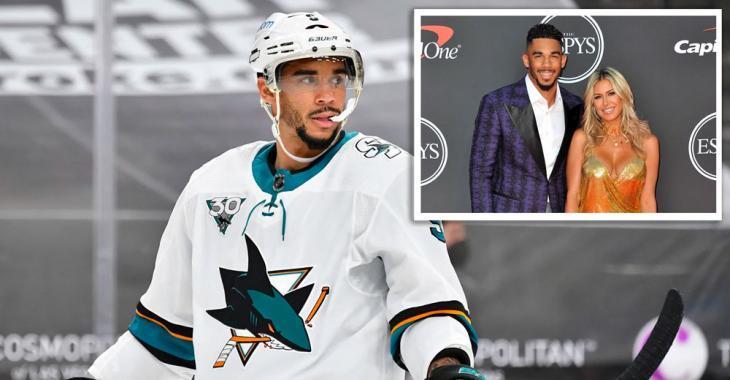 The NHL's biggest offseason drama isn't even close to coming to an end.

Earlier this offseason Anna Kane, estranged wife of San Jose Sharks forward Evander Kane, made a series of social media posts alleging that Evander is essentially an unfit parent, a deadbeat husband and an addicted gambler. Anna alleges that Evander made illegal bets on NHL games, including betting on his own team's game.

Yesterday the NHL released an initial report after concluding their investigation into gambling allegations essentially turned up nothing. In a press release announcement the NHL said it "found no evidence to support allegations of illegal gambling."

"The investigation included a detailed review of social media, public data, and court filings from the bankruptcy proceeding initiated by Mr. Kane in January, 2021 and his pending divorce proceeding; a review of sports betting data and analysis; and in person and virtual interview of members of the Sharks organization and others, including Mr. Kane. It should be noted that Ms. Kane refused to participate in the investigation."

Umm... excuse me? Ms. Kane refused to participate in the investigation? She's the entire reason that there's an investigation in the first place! Call me crazy but you can't just toss out serious allegations and then distance yourself from them once things get too hot for your liking.

The report goes on:

In other words, "This woman has no idea what she's talking about..."

I'm not exactly the world's biggest Evander Kane fan, but man oh man was he done dirty be a jilted ex.

The Sharks issued a statement last night saying as much:

Suffice it to say that this soap opera isn't over and we're likely to see even more drama play out before this is all said and done.

New enticing offer on the table for Taylor Hall!