Bad news are piling up for the Sharks’ forward. 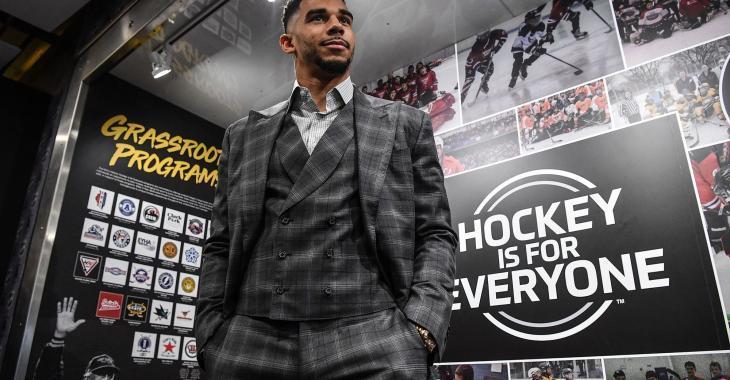 While San Jose Sharks’ Evander Kane keeps denying allegations made by his wife that he bet on his own games and has intentionally tried to lose for gambling profit, claims are still being investigated by the NHL. And while this happens, the Hockey Diversity Alliance has announced that Kane is on voluntary leave from his position as board member while the allegations made against him are investigated.

The NHL intends to have the investigation completed by training camp, but the HDA does not mention when Kane will return to the board. The group prefers to stay focused on its mission and now have Kane’s situation distracts from their goal to eradicate systemic racism and intolerance in hockey.

On Saturday, Anna Kane wrote in an Instagram story: “How does the NHL let a compulsive gambling addict still play when he’s obviously throwing games to win money? Hmm maybe someone needs to address this.”

She made other accusations that her soon-to-be ex-husband was spending lavishly partying in Europe while asking her to sell her wedding ring to survive and wrote about not being able to afford baby formula for their child.

This prompted Evander Kane to claim that the couple was in the process of getting a divorce and called Anna Kane “mentally unwell.’’

However, this new twist is unlikely to surprised fans across the NHL: Kane’s gambling history and finances have been public knowledge for some time. He filed for Chapter 7 bankruptcy in January, listing debts of $26.8 million and assets of $10.2 million. According to the Chapter 7 petition, he lost $1.5 million gambling in the 12 months prior. He admitted to suffering from gambling issues.

Sharks’ teammates have voiced their discontent with Kane’s actions and have reportedly told management that they don’t want him back on the team.

This HDA’s news is probably a tough one for Kane to swallow, he who was a moving force behind the Alliance. It was co-founded by Kane and ex-NHL player Akim Aliu. The organization includes Wayne Simmonds, Nazem Kadri, Anthony Duclair and Mathew Dumba.

And for now, Kane is forced to leave the HDA until the investigation is done.

Warren Foegele set to sign 3 year deal with the Oilers.
Subscibe to
Our NEWSLETTER
Receive the best articles of the web directly in your email