The controversial Senators owner believes Pierre McGuire is a key piece of the puzzle. 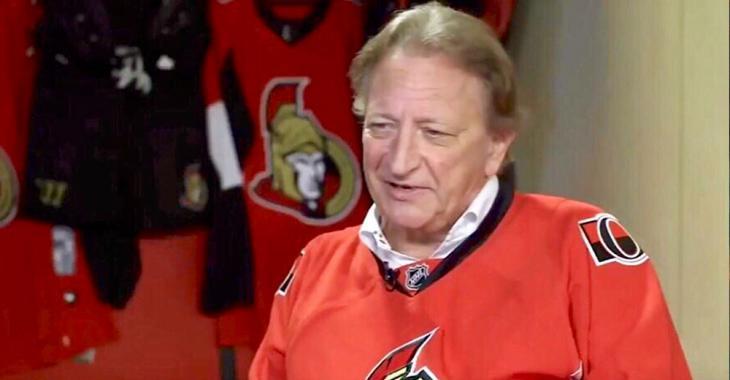 The former analyst known for his quirks that rubbed many fans the wrong way and a hockey brain that puts an encyclopedia to shame is now officially a member of the Ottawa Senators.

Pierre McGuire was officially hired by Canada's capital team earlier this morning as the Senior Vice President of Player Development. It's McGuire's second go-around with Ottawa, having previously worked for the Senators as an assistant coach during the 1995-96 campaign. He got his start in the NHL as a scout with the Pittsburgh Penguins, and even served as an assistant coach under Scotty Bowman during their 1992 Stanley Cup victory.

The Senators have had brief flirtations with glory in the past, dropping their only Stanley Cup Finals appearance in a hasty five-game loss against the loaded Anaheim Ducks in 2007, and shocked the world by coming within a goal of the championship round a decade later, dropping a heartbreaking Game 7 2OT loss to the eventual champion Pittsburgh Penguins.

Is McGuire one of the keys to bring a long awaited Stanley Cup win to Ottawa? According to controversial team owner Eugene Melnyk, the answer is clear.

“He’s another piece and he’s going to be perfect for everything,” said Melnyk on Sunday. “(McGuire) just adds another piece to what is hopefully a Stanley Cup winning team. Our general manager and his group is second to none, our scouting is second to none and we have our coaching in place with a new goalies coach with D.J. and the assistants all lined up."

"We’re just missing a couple of pieces on the ice. We’re hoping with our drafts, our prospects and what we can acquire, it will lead to a perfect team. That’s what we’re after is perfection. (McGuire) adds an important piece to that and that includes helping find those gems that are out there as veterans that we can bring on to help our team.”

Of course, this isn't the first bold declaration from Melnyk.

"The Senators will be all-in again for a five-year run of unparalleled success - where the team will plan to spend close to the NHL’s salary cap every year from 2021 to 2025," Melnyk stated in 2019.

Ottawa may have a few nice key building blocks in the likes of Brady Tkachuk and Thomas Chabot - will McGuire be able to bring them more such pieces?

Golden Knights hint at a major change to their lineup for Game 1 against the Avalanche.
Subscibe to
Our NEWSLETTER
Receive the best articles of the web directly in your email